Acid Rain is a hazardous substance found on Zebes and the Pirate Homeworld.

Acid Rain appears on the surface of Zebes (specifically, Crateria and Chozodia) in all appearances set after Metroid. In Metroid: Volume 2 (set prior to the events of the Zero Mission), Samus Aran states that they will have to take a detour through Brinstar to avoid the Acid Rain, implying that this precipitation has always been part of the Zebesian climate. In Metroid: Zero Mission, the Acid Rain begins after Samus Aran's Gunship is shot down by Space Pirate vessels. It can be seen at the respective landing sites of Samus's Gunship in Crateria and the Space Pirate Mother Ship in Chozodia, although the latter will clear once the Fully Powered Suit is acquired. In Super Metroid, the rain permanently clears once Kraid is defeated and the Varia Suit is obtained. In Crateria, the rain is always accompanied by a thunderstorm, while Chozodia rain does not feature any lightning.

The Acid Rain seems to be less potent than normal acid. In Super Metroid, the basic Power Suit provides sufficient protection against the rain; in Zero Mission, Samus suffers no ill effects when standing in the rain in only her Zero Suit. One possible explanation is that the physical adaptations Samus has gone through allow her to pass safely. A more reasonable explanation for the Acid Rain's lack of corrosiveness is due to the fact that the acid in the rainwater is too dilute to have direct adverse effects.

Acid Rain falls in unshielded areas of the Homeworld and kills Samus almost immediately if she is exposed to it without the Hazard Shield. It can also lull Samus into a false sense of security because it seems to affect Samus's energy very slowly. This, however, is not true because it takes Samus's energy at a faster rate as her energy meter falls. Eventually, the damage builds up to a massive rate where even with full energy tanks, her health is drained in seconds. This slow-to-fast-paced energy draining is similar to the effect of Phazon.

There are some areas where small hangovers let personnel pass through the Acid Rain by providing cover, like in the Command Courtyard.

Although the Varia Suit provides sufficient protection against Acid Rain in Zero Mission, it fails to do so in Metroid Prime 3: Corruption. This may be due to the suit's alterations at the beginning of the game. It may also be that the type of acid in the rain is different, or has a differing level of acidity and that the acid rain on the Pirate Homeworld is so corrosive that the Varia Suit is unable to handle it. This is similar to how the Gravity Suit in Metroid Prime does not protect against the magma/lava in Magmoor Caverns.

Note: This Logbook entry is provided with Aurora Unit 242's transmission concerning the discovery of the Skyway. Acid Rain cannot be physically scanned in the game. 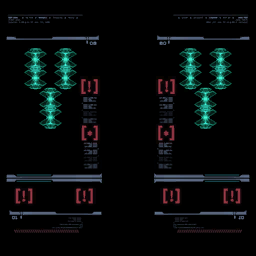 Acid rain is prevalent on the Pirate Homeworld, where the constant pollution has ruined the environment. The caustic effects of the rain are incredibly volatile and will severely damage your suit. Exposure to the rain for any extended period of time will prove fatal. Avoid all contact with the rain.

Drain (Courtyard Passage, original NTSC vers.)
"Drain releases acid rain into a piping network in the floor to be pumped out of the facility."

Acid Rain in Crateria (Metroid: Zero Mission)
Add a photo to this gallery
Retrieved from "https://metroid.fandom.com/wiki/Acid_Rain?oldid=273291"
Community content is available under CC-BY-SA unless otherwise noted.