An Aqua Pirate is a Flying Pirate adapted for underwater combat. It has an aqua jet pack, and has the same attack patterns as the flying pirates do, complete with the kamikaze attack it makes once critically injured or when the pack malfunctions. Like the Flying Pirates, the Aqua Pirates have jet packs that produce a great amount of heat so using the Thermal Visor is key to killing them off quickly. Using the Wave Beam prevents them from using their suicide strike. The only difference besides being underwater is that it is slightly slower. In addition, if they were defeated with the Wave Beam or Wavebuster, the Aqua Pirates will simply float around and harmlessly explode without even commencing the attack. Aqua Pirates only appear in Metroid Prime. This suggests the Space Pirates either saw no use for them, or found them inadequate in combat and ceased pursuing the idea. It is also possible that they may still have existed, but the Pirates were unable to deploy them on Aether because of the dangerous wildlife in Torvus Bog, the only aquatic region on the planet explored by Samus, and none of the conflict during the Leviathan invasion took place in aquatic areas.

It is possible that like the Trooper Pirates seen within Prime, Aqua Pirates may be using reverse-engineered technology deriving from Samus's own Power Suit, specifically in this case the Gravity Suit (as hinted by the creature's Logbook scan). Evidence of this fact would be the increased defensive shielding of the Aqua Pirates when compared to Flying Pirates, as unlike the latter, the former is able to survive a direct blast from a Super Missile (easily seen in Hard Mode). Both creatures however, still similarly share the same weaknesses.
The Pink Space Pirates located in Maridia within Super Metroid could be the continuation of this technology.

Oddly, Aqua Pirates have translucent blue skin. No other Pirate demonstrates this feature.

Aqua Pirates can be found in the Orpheon's Reactor Core and Biotech Research Area 1. 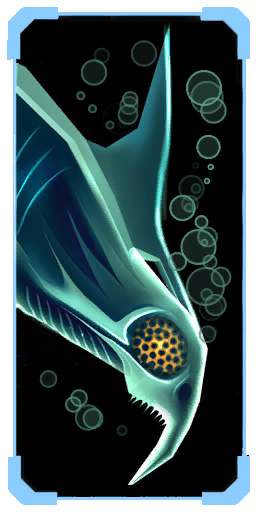 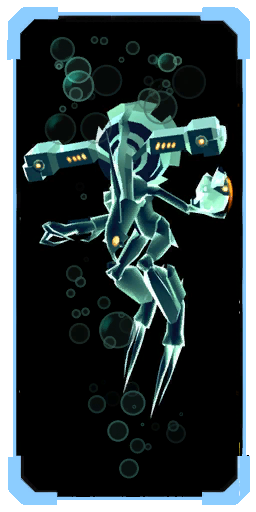 Using modified thruster-packs and Gravity Suit technology, the Space Pirates have armorsuits for use in liquid environments. Thermal tracking is still very useful against these units, as the Pirate engineers have yet to eliminate the thruster-pack's high heat signature. 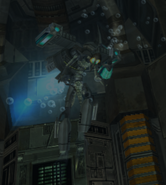