The Aqua Reaper is an underwater creature related to the Reaper Vine, both of which are found on Tallon IV.

Like the Reaper Vine, it will swing wildly at anything that comes near it, Samus included. It is much larger than its terrestrial counterpart, and it lacks its cousin's eye; instead, every part of its arm is vulnerable. It is encountered in the Gravity Chamber of the Phendrana Drifts and multiple rooms in the crashed Frigate Orpheon. These rooms are Reactor Core, Biohazard Containment, Cargo Freight Lift to Deck Gamma, Deck Beta Conduit Hall and Deck Beta Security Hall. In some areas, the Aqua Reaper can move along cracks in the ground. Like the Reaper Vine, it can be killed by a charged Plasma Beam shot.

Unlike the Reaper Vine, the Aqua Reaper is said to be a part of a larger submerged organism as opposed to a single tentacle-like monster.

There are two species that are similar in appearance and behavior to the Aqua Reaper and Reaper Vines but are not known to be related: the Darkling Tentacle from Dark Aether and the Whipvine from the BOTTLE SHIP. They also resemble the Emperor Ing‘s tentacles. 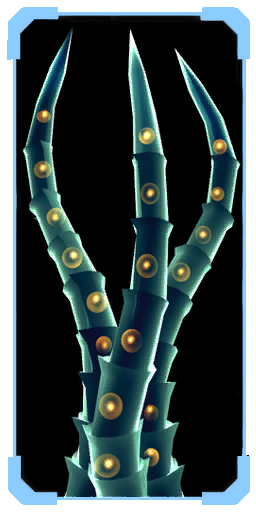 Similar in nature to the surface-based Reaper Vine, the Aqua Reaper has adapted to a liquid environment. It shares the poor vision of its rock-dwelling cousin, relying on a crude sonar sense to seek prey. Unhindered by water, the Aqua Reaper has considerable speed and strength.