Tends to sleep in small spots of snow. Will wake and attack violently if disturbed.

Trauma to the ice shell on its back and focusing firepower on the exposed flesh.

Baby Sheegoths are the young of the Sheegoth species. They have two legs, six eyes covered with ice plating as seen in the official artwork, no arms, and are protected by a thick shell of ice on their backs; this shell is grown to protect the flesh that, when fully matured, develops into ridges of energy-absorbing crystal. These infants' six eyes will fully appear as they reach maturity. They have huge, gaping mouths with incredibly sharp teeth. Baby Sheegoths are powerful hunters and can fire bursts of ultra-cold gas at prey, as well as ram their prey.[2] The adult Sheegoths reign supreme in the Phendrana Drifts.

Samus encounters Baby Sheegoths in Phendrana Drifts on Tallon IV. They can be found in various rooms, in a state of slumbering with their heads buried in the snow. They will attack Samus if disturbed, making them a constant threat.

Baby Sheegoths attack primarily using their breath attack: a projectile sphere of cold energy. However, the most unique feature of these creatures is their dorsal shells. A hard, smooth shell covers their backs, their only vulnerable area.

This shell is extremely durable, but once it is destroyed, the Baby Sheegoth's bare flesh is exposed, and a few shots to that tender area are sufficient to end them.

A charged Plasma Beam shot will instantly incinerate them regardless of whether the back is exposed or not. Doing so will make them create an odd screaming noise before they die.

After the first adult Sheegoth is killed, several infant Sheegoths throughout the Phendrana Drifts mature into their adult form. These adults, however, do not possess the powerful strength and large size of the first adult. It is possible that these recently matured Sheegoths will eventually acquire the original adult's characteristics as they grow older.

The Sheegoths of Tallon IV and the Grenchlers, along with the Grapple Guardian (a large, darkling-possessed Grenchler) of Aether are often notable for their striking similarities to each other: for instance, both have only two limbs and are vulnerable on the shells on their backs. The Luminoth and the Chozo, the dominant species of Tallon IV and Aether, had close ties in the past, and it is possible that either Sheegoth, Grenchlers, or some more ancient ancestor of the two species could have been brought from one planet to the other. On the other hand, they could simply be an example of convergent evolution. 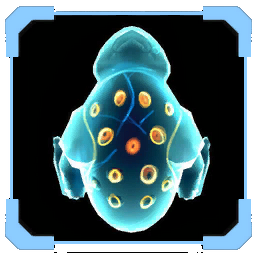 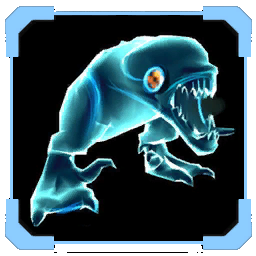 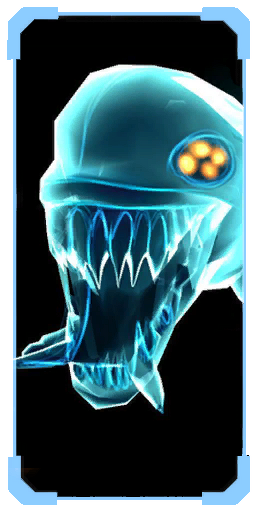 Young Sheegoths grow a resilient shell of ice on their backs which serves to protect a layer of vulnerable flesh. With this being their only weak point, Baby Sheegoths will turn quickly in order to not allow predators the opportunity to strike at their backs. Powerful hunters, they fire bursts of ultracold gas at potential prey, then feast on their frozen victim.

"Young Sheegoths grow a resilient shell of ice on their backs, which serves to protect a layer of vulnerable flesh that eventually becomes a ridge of energy-absorbing crystal. Powerful hunters, they fire bursts of ultra-cold gas at potential prey, then feast on their frozen victims.

Two strong legs support the Baby Sheegoth's body, which is armless and protected by a thick ice shell. The head is dominated by a gaping maw filled with rows of sharp teeth."