Beam Ammo is ammunition for Beams that appear in Metroid Prime 2: Echoes. It is used for all Beam weapons in the game except for the Power Beam and the Phazon bullets in the final battle.

When the Dark Beam and Light Beam are acquired, purple and blue bars appear to the right to indicate how much ammo is remaining for their respective beam (purple for dark, blue for light), with the number below it indicating exactly how much ammo is remaining. Each shot takes up one ammo from its respective column, with the Annihilator Beam taking up one of each. A Charge Beam takes up five ammo units from the Beam's total, and a Beam Combo 30 ammo, plus five Missiles.

Samus begins with 50 ammunition for each Beam, but this can be increased by collecting the four Beam Ammo Expansions throughout Aether and Dark Aether, to reach a maximum total of 250 shots and increase the capacity of her Ammo Gauge. If ammo is depleted, it is possible to charge the beam up in order to fire a regular shot.

To obtain more ammo for a particular beam, there is a general rule Samus must follow. An enemy or obstacle destroyed by the Light Beam is more likely to drop ammo for the Dark Beam, and vice-versa. This can create a difficult situation, as the most effective beam on a dimension can most easily be restored by the least effective beam, making for possible ammo shortages during long trips through a dimension. On the contrary, using the effective beam does help prepare for the next trip to the other dimension. Also, using the Annihilator Beam makes it more likely that Samus will get Beam Ammo instead of Energy Capsules and Missile Ammunition. Ammo pickups come in 5, 10, and 30 units, and will gravitate towards Samus when she is near them. The less ammo Samus has, the more ammo she is likely to acquire. 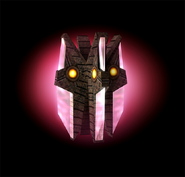 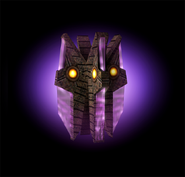