This article is about the doors that can be opened with any weapon. For other uses, see Blue Door (Disambiguation).

Blue Doors, also known as Blue Hatches[1][2], blue gates[3], Power Beam Doors[4], and Beam Doors[5], are doors that can be opened by any weapon. They are found in every Metroid game except Metroid II: Return of Samus, Metroid Fusion (replaced by Gray Hatches), and Metroid: Other M (replaced by automatically opening doors).

The blue color is actually the color of a force field covering the door. After shooting a blue-colored door, the energy covering it will disrupt and peel off or dissipate, depending on the model. The main purpose of the energy covering the blue doors is to avoid accidental/unintentional entries to rooms by wild creatures surrounding the area. This blocks off a large quantity of bioforms from access since most of them cannot manipulate weapons or simply don't have the means to produce an energy-based projectile.

In Metroid Prime 2: Echoes, the logic behind this design of door is explained by using the Scan Visor on a regular Blue Door. The extensive explanation is not given when scanning a black, white, or 'grey' door, instead, it only informs Samus of what types of weapons energy can interact with the field on those doors.

In Metroid Prime 3: Corruption, by scanning a Blue Door on Elysia (once inhabited by the Chozo), it is revealed that since the discovery of said planet, the Galactic Federation used the model of the Elysian blue door as a basis to all currently existing doors found throughout the galaxy on planets, ships, and stations under Federation control.

The Beam Doors in Metroid: Samus Returns and Metroid Dread are yellow-colored, but nonetheless retain the same function as Blue Doors. The map keys refer to them as Power Beam Doors.

"These doors can be opened by Beams or Bombs."

Blue Hatches
"These hatches can be opened with any of Samus' weapons."

"Scan complete. This is a powered door system. Low-level energy shield on door to prevent activation by local creatures. Weapon fire of any type will disrupt the shield and open the door." 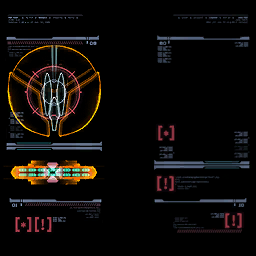 All Federation doors are designed with a low-level energy shield to prevent accidental activation. Shooting the energy shield will activate and open the door. Blue-colored energy shields may be disrupted by weapon fire of any type. 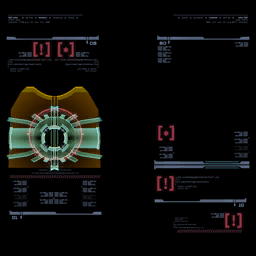 This heavy stone door contains a low-level energy shield that can be disrupted by any weapon.

Bryyo doors are carved from heavy stone native to the planet. Each door has been designed with a low-level energy shield. Shooting the shield with any weapon will open the door. 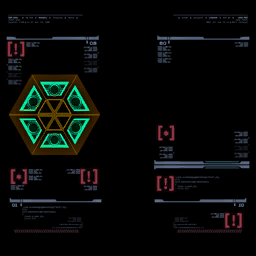 Door has low-level energy shield.
Any weapon fire can disrupt the shield and open the door.

All SkyTown doors contain a low-level energy shield behind their ornate carvings. Shooting the energy shield will activate and open the door. The centuries-old design has served as a blueprint for what is now standard across all planets. Blue-colored energy shields can be opened with any weapon. 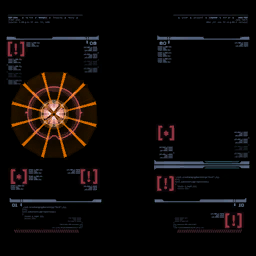 Door has low-level energy shield.
Any weapon fire can disrupt the shield and open the door.

Space Pirate doors are based on stolen Federation technology. They all include a low-level energy shield that will open the door when shot. Blue-colored shields can be shot with any type of weapon.

DOORS (pg. 25)
BEAM DOOR
"This is the simplest and most common door you see on your journey. Simply use the Power Beam to shoot one of these doors, and it opens automatically."

"These yellow doors open when hit with a Beam attack."

A Blue Door from Super Metroid. 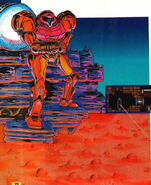 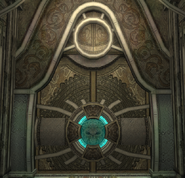