A Class XIII wasteland refers to the theorized ultimate result of Tallon IV's Leviathan impact, had Samus Aran not come to the planet. The planet's Logbook entry in Observatory stated that at its current rate of decay it would become barren after approximately 25 years. This class may also refer to the theorized outcome of the Leviathan impacts on Aether, Bryyo, Elysia and the Pirate Homeworld, as well as Phaaze, which is suggested to represent the final result of such impacts. However, it may not refer to Phaaze, which is not barren and in fact boasts a strong (if heavily corrupted) ecosystem.

Planet Tallon IV
Mass: 5.1 trillion teratons.
Profile: Ecosystem studies indicate that Tallon IV was a biological paradise prior to the impact of an extraterrestrial object. What remains of the biosphere is slowly fading due to exposure to Phazon radiation. At current rate of decay, Tallon IV will be a barren Class XIII wasteland in approximately 25 years. 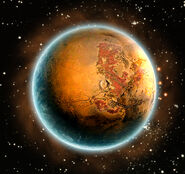 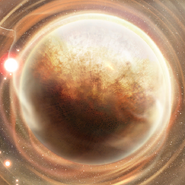 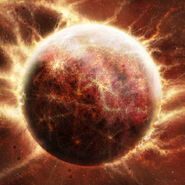 Pirate Homeworld
Add a photo to this gallery
Retrieved from "https://metroid.fandom.com/wiki/Class_XIII_wasteland?oldid=282398"
Community content is available under CC-BY-SA unless otherwise noted.