Daniel J. "Dan" Owsen (born August 27, 1966 in Detroit, Michigan) is an American localization manager at Nintendo of America, best known for his prolific work in the translation and localization of many of Nintendo video games, including translation of The Legend of Zelda series. He is also remembered for his "Ask Dan" column that used to appear on Nintendo's official website.

Dan Owsen started at NOA in 1989. He started in Consumer Service during the days of the Nintendo Entertainment System, and has since moved from department to department, first going to Publications, then to Product Development, then back to Publications to work in the on-line area. Some of the more notable things he has had a chance to do at Nintendo include working with Shigeru Miyamoto's R&D1 team, writing screen text for Super Nintendo Entertainment System and Game Boy Zelda and recording his voice. Owsen is one of the first English voices used in any Nintendo console game.

His voice can be heard in Star Fox and at the beginning of Super Metroid - "The last Metroid is in captivity... The Galaxy is at peace."[1]

In September 2007, Owsen left Nintendo to work at Microsoft as an online program manager of their Zune product. He returned to Nintendo in 2009 as a localization manager and producer. He is currently involved with the localization of Nintendo's mobile titles. 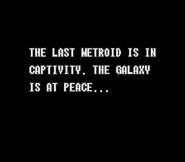 Owsen with Tim Stamper from Rare and Rash from Battletoads. 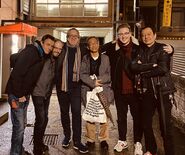 Owsen with Dylan Cuthbert, Takehiro Izushi and Yoshio Sakamoto in 2020.[2]
Add a photo to this gallery

Retrieved from "https://metroid.fandom.com/wiki/Dan_Owsen?oldid=275318"
Community content is available under CC-BY-SA unless otherwise noted.