Energy Tanks appear in almost every Metroid game and are vital for survival. While some can be found in open areas and are easy to obtain, some are well hidden and require extensive searching to find. The more Energy Tanks Samus collects, the more damage she can withstand before dying.

The traditional number of Energy Tanks found in a Metroid game usually hovers around the fourteen mark, although it has gone as low as five (in Metroid II: Return of Samus), and to as high as twenty (in Metroid Fusion). In Metroid Prime 3: Corruption, two Energy Tanks are unavoidable, as an Energy Tank must be used to activate Hypermode, a function required several times throughout the course of the game. In both Metroid and Metroid II: Return of Samus, there is at least one extra Energy Tank that can be collected to refill Samus's energy but will not increase her maximum capacity. For Metroid there are eight Energy Tanks, but Samus can only use six; and in Metroid II there are six Energy Tanks, but Samus can use only five.

In Metroid: Other M, Samus only obtains five actual Energy Tanks. Samus must acquire the rest by collecting Energy Parts, which are pieces of Energy Tanks. Collecting four of them creates a new Energy Tank for Samus to use. There are also E-Recovery Tanks, which increase the amount of energy Samus can restore with Concentration. Energy Tanks are stored in holdings and have a "purplish-red" color, although sometimes the actual tank itself can be collected. The tank in storage is 300mm long, and the tank alone is 500~600mm long.[2]

Energy Tanks are one of the few items that can be used freely with the Zero Suit, as seen in Metroid: Zero Mission.

In Metroid Fusion, one X Parasite is seen mimicking an Energy Tank. It is unclear if standard Energy Tanks are at least partially organic, or if the X are simply mimicking its appearance.

"Energy is stored in these tanks. Normally, the amount of storable energy cannot go above 99, but with each tank it grows by 100. You can collect as many as 6. Keep your eye out for them and save as much energy as you can."

"One tank will increase your energy by 100 points. The instant you pick one up, your energy will be fully recharged, so it is convenient to collect one when you are short of energy."

"These tanks hold energy. Each tank can hold 100 units of energy."

"This item will increases Samus amount of storeable energy and will refill all life energy to maximum."

"Every Energy Tank that you collect will give Samus 99 units of energy. You can refill your Energy Tanks to capacity by tapping in to an energy charge unit."

"Samus begins with a maximum energy capacity of 99 units. This is increased by a further 99 for every additional energy tank collected. These appear in the top left of the screen. Location: Crateria, Brinstar, Norfair, Wrecked ship, Maridia."

"Increases the number of Energy Tanks and recharges all of the existing tanks."

"The defensive strength of Samus Aran's Power Suit is fueled by energy. Energy Tank upgrades increase the power level of Samus's Suit by 100 units. In combat situations, if Samus's Energy Tanks are not refilled regularly, the Power Suit will fail and the bounty hunter will be vulnerable to any hostile environmental effects or attacks." 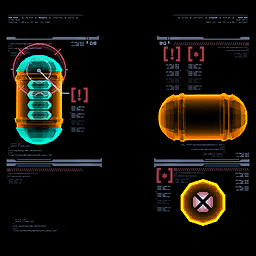 The Energy Tanks increase the power level available to your Suit's defense screens.

Each Energy Tank increases your Suit's energy by 100 units. The more energy your Suit has, the longer you can stay alive.
You can fully recharge your Energy Tanks at Save Stations. Your gunship has this capability as well.

"Energy Tank: Increases your Energy Tank count by one."

"Increases your Energy Tank count by one, raising your maximum energy by 100. Finding one will also completely restore your energy." 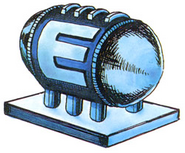 An Energy Tank at the Main Plaza in Metroid Prime. 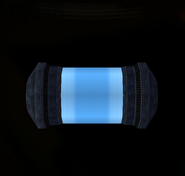 Icon shown in Other M when examined.
Add a photo to this gallery

Retrieved from "https://metroid.fandom.com/wiki/Energy_Tank?oldid=266916"
Community content is available under CC-BY-SA unless otherwise noted.