The Extreme Galaxy (ＥＸ 銀河, Ekusutorīmu Yínhé?) is the setting of Metroid EX, and features many planets with bizarre and unusual characteristics.

Samus Aran lost her abilities to Greed at the end of Samus and Joey, who stored them in six Data Capsules and distributed them amongst six trusted henchmen, the Deadly Six Stars. The plan was to use these abilities to wreak havoc on the cosmos. With the help of her friends Joey Apronika and Diesel, Samus slowly regains her strength, killing these henchmen one by one and restoring her abilities.

The Galaxy is home to a planet containing ruins of an unknown civilization, which Greed seeks to locate as it is also home to an unknown power that will allow him to plunge the cosmos into chaos. 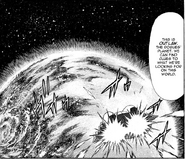 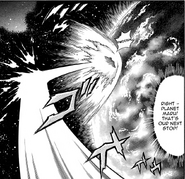 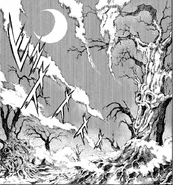