Fargul Wasps are spawned by a Fargul Hatcher, and defend the latter at any and all costs. Because of this, they have a very short lifespan. They are native to Bryyo. They have very large heads, which most likely helps with the spawning. The Fargul Wasp is spawned out of the mouth in a swarm of around 20-30. After a few seconds of fluttering around aimlessly, they will actively seek out any potential threats nearby, and fly toward the threat in a slow but steady suicide course, exploding on impact and dealing minor damage to the threatening bioform. This can be a nuisance to Samus Aran during her exploration of Bryyo.

They behave similarly to Chyklings who fiercely defend their parent as well. 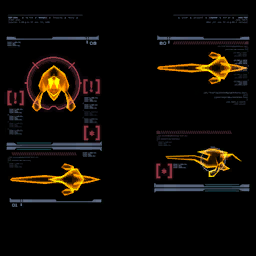 Fargul Wasps are highly protective of their parent Hatcher. Even moments after birth, they will swarm together and attack any nearby organism. They are often used as a defense mechanism by the Fargul Hatcher, and as a result, few live to adulthood. 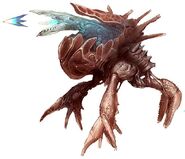 A Fargul Wasp (left) along with its parent, the Fargul Hatcher (right).
Add a photo to this gallery
Retrieved from "https://metroid.fandom.com/wiki/Fargul_Wasp?oldid=259703"
Community content is available under CC-BY-SA unless otherwise noted.