Wikitroid
Register
Don't have an account?
Sign In
Advertisement
in: Featured articles, Pages in need of images, Characters,
and 2 more
English

Out of Mech: Average

This article refers to the organization. For the game, see Metroid Prime: Federation Force. Not to be confused with Federation Police Force.

Following the defeat of the Space Pirates in Metroid Prime 3: Corruption, the Galactic Federation began work on Project Golem, an effort to better equip their soldiers to combat the Pirates. They created Mechs, armorsuits based on the design of Samus Aran's Power Suit, to be worn by the Federation Force's members. During the game, the Force is deployed to the Bermuda System on an archaeological survey expedition led by General Alex Miles. They discover that the Pirates have overtaken the system's three planets: Excelcion, Talvania and Bion, and begin to thwart their nefarious plans with help from Samus Aran, eventually destroying a massive Pirate battleship, the Doomseye.

The four Marines have color-coded visors: red, blue, yellow and green. None of the four characters have any set names or personalities. They do not speak during missions; the only time they will speak is through pre-recorded messages. The gender of their voice can be chosen in the game's Options.

DO YOU HAVE WHAT IT TAKES TO SAVE THE UNIVERSE?
"Are you ready to be a hero? Then grab your helmet and join the Federation Force, an elite squad of space soldiers with one goal: to defend the Galactic Federation from the ruthless Space Pirates."

Note: more images of the Federation Force members outside of or separate from their Mechs would be appreciated.

Promotional Render of the Federation Force.

Promotional render of the Federation Force. 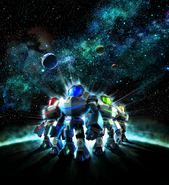 Render of the Force and the Bermuda System. 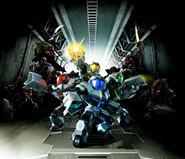 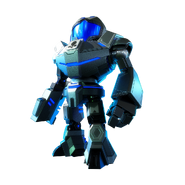 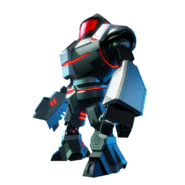 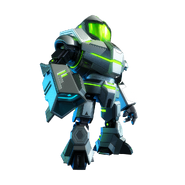 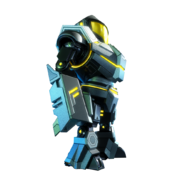 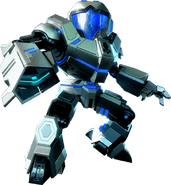 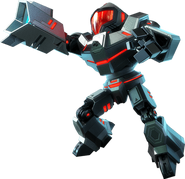 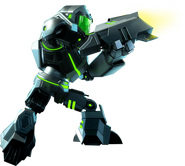 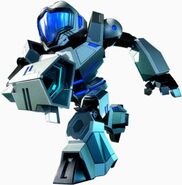 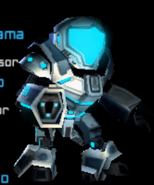 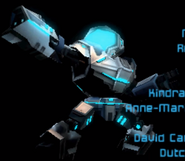 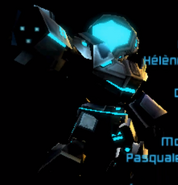 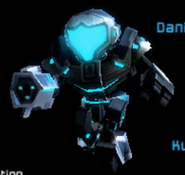