Wikitroid
Register
Don't have an account?
Sign In
Advertisement
in: Articles with non-canonical information, Research, Fuel Gel,
and 7 more
English

Fuel Gel is a liquid in Metroid Prime 3: Corruption used primarily as fuel for most ships in the cosmos, including Samus Aran's own Gunship. Acting as a gasoline of the Metroid fictional universe, it is volatile and will ignite easily. Fuel Gel is found on many planets, though the main supplier is planet Bryyo. According to the Gel Puffer's Logbook entry, it gives off toxic vapor.

The Galactic Federation has control over distribution of the substance and proceeds from Bryyonian gel sales go directly to the military forces protecting the Federation Solar System. Space Pirates are said to desire the liquid, forcing the Federation to increase anti-piracy defenses. In some qualities, Fuel Gel is similar to Phazon, although nowhere near as powerful in energy output or even remotely as mutagenic.

Samus Aran, during her exploration of Bryyo to annihilate its Leviathan seed and search for Rundas, comes into contact with Fuel Gel quite often, especially in Bryyo Fire, a "lava"-themed area with Fuel Gel replacing lava; this area contains lakes and rivers of Fuel Gel. Her Power Suit's shielding is damaged by direct contact with liquid gel, but the Hazard Shield enhancement she obtains much later protects her from any Fuel Gel damage. Samus' Ice Missiles allow her to create solid platforms of ice in Fuel Gel, though these melt moments later by the liquid itself or with the Plasma Beam.

During the battle with Ghor, Samus's Gunship is damaged, and as she pilots it to escape the Main Docking Bay, it spills Fuel Gel from its thrusters, which creates three small puddles that can still damage Samus. She can freeze them entirely over with her Ice Missiles and cause Ghor to slip and crash into a wall, stunning him and allowing Samus to damage her foe. Ghor eventually absorbs the Fuel Gel to enhance his power.

Interestingly, several different species have evolved not only to live in, but thrive on fuel gel, including Gel Rays, Gel Puffers, and Gelbugs. It is likely that this source of fuel replaced Afloraltite.

Fuel Gel exists naturally in two physical states, a viscous liquid and a hard, sharp-tipped crystal. The liquid form is by far the most common, and easily ignitable by means of weapons fire or an open flame. The crystal form is somewhat rare, and although newly formed crystals are vulnerable to ignition by charged beam weapons they appear to stabilize as they age, eventually becoming impervious to weapons fire and ignitable only by means of a sizeable explosion nearby. 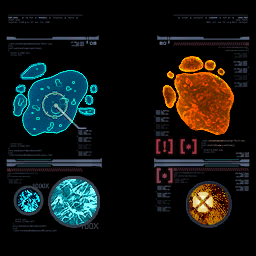 Fuel Gel is used to power most modern starships in the cosmos. It is extremely rare, and worlds that produce it tend to be quite prosperous. The exception to this is planet Bryyo, a Federation protectorate--and the largest supplier of Fuel Gel. Proceeds from Bryyonian gel sales go directly to the Federation military forces protecting that sector of space.
The sheer value of Fuel Gel is very attractive, and has led to an uprise in piracy over the last 20 years. Today, raids on gel transport convoys are common, especially in frontier regions of space. The Galactic Federation has increased antipiracy operations, and planets with Fuel Gel resources are protected by Federation fleets and ground forces.

"Harvester of Nectar – Vyyth: When the oceanic waters receded from the primordial island, and land spread outwards in all direction, Vyyth poured upon the naked crust of the land the invigorating and restorative burning nectar. This immaculate serum has the powers to heal the sick and diseased. All newborn younglings are ceremonially bathed in this curative substance to ensure strong vitality."