In the Klar Nebula, Gaflar System

The G.F.S. Valhalla is a Galactic Federation Olympus-class battleship that was attacked by Space Pirates during a training mission in the Klar Nebula four months prior to the events of Metroid Prime 3: Corruption. Initial investigation by GF reconnaissance drone revealed that the ship had been utterly devastated by the attack, whose savagery was remarkable even for Space Pirates. A ship as formidable as the Valhalla had never before been attacked by the Space Pirates, suggesting mobilization and organization never before experienced. Equally unusual was that they left behind valuable technology frequently stolen in prior Space Pirate raids.

The Valhalla was rediscovered in the Gaflar System by the Galactic Federation halfway through Samus Aran’s mission on SkyTown, Elysia, and they asked her to investigate. Upon arriving, Samus discovered the Valhalla had become an unstable wreck, littered with mangled corpses of Federation Marines and Space Pirates alike and overrun with Phazon-based creatures, including countless Phazon Metroids.

After obtaining enough Energy Cells to fully investigate the battleship, Samus learned that, despite this unprecedented level of devastation, the only thing the marauding Pirates stole was the ship's Aurora Unit — 313. A recording of the AU’s final message was discovered by Samus in the Valhalla’s Control Room, along with a Space Pirate Boarding Pod containing the codes necessary to control the Pirates’ Leviathan Battleship.

In Norse mythology, Valhalla (from Old Norse Valhöll/Valhall "hall of the slain") is a majestic, enormous hall located in Asgard, ruled over by the god Odin. Chosen by Odin, half of those that die in combat travel to Valhalla upon death, led by Valkyries, while the other half go to the goddess Freyja's field Fólkvangr. In Valhalla, the dead join the masses of those who have died in combat known as Einherjar, as well as various legendary Germanic heroes and kings, as they prepare to aid Odin during the events of Ragnarök, the prophesied end of the world. Their battle is doomed to fail, however, as Ragnarök will win the final battle, and all will perish.

The fifth of its class, the G.F.S. Valhalla was launched 12 years ago from the Federation shipyard at Aliehs III. Aurora Unit 313 was onboard at launch; it commanded the ship briefly during the Battle of Horus IV, after the bridge crew were slain.
G.F.S. Valhalla is the flagship of the 13th Fleet; her home port is planet Tivus. While on a recent training mission, the Valhalla was attacked by Space Pirates. Her final fate is unknown, though she is currently considered lost in action. Data indicates that Aurora Unit 313 was taken from the Valhalla as well. 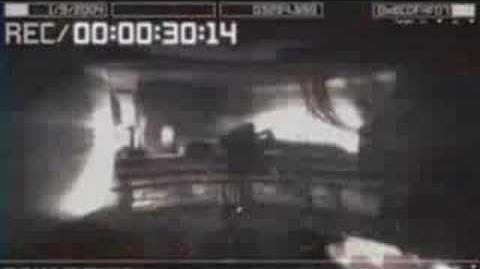