The GMX-04 Halberd-class turret is a Galactic Federation turret in Metroid Prime 3: Corruption. It was created to replace the older GM-42 ‘Growler’ Class Turret. The Halberd is an effective point-defense system for most security zones and is lightly armored. However, agile targets can easily evade its tracking system, making it weak against fast opponents. It has three power levels:

The Halberd is deployed from ports in the ceiling when enemies are detected, and/or Federation employees come under attack. They appear quite effective against enemies, as Samus observes them defending the G.F.S. Olympus from Pirate Militia. While none appear active on the G.F.S. Valhalla, the ports from which they are deployed can still be seen around the ship. 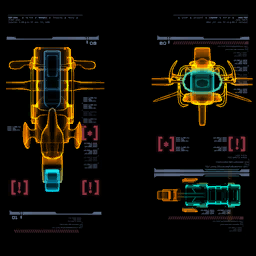 The GMX-04 Halberd-class turret replaces the dated "Growler" turret. It is an effective point-defense system for most security zones. It is lightly armored, and nimble targets can evade its tracking system.

A halberd (also called halbert or Swiss voulge) is a two-handed pole weapon that came to prominent use during the 14th/15th centuries. The word halberd may come from the German Halm (staff), and Barte (axe). It consists of an axe blade topped with a spike mounted on a long shaft. It always has a hook or thorn on the back side of the axe blade for grappling mounted combatants. It is very similar to certain forms of the voulge in design and usage. The halberd was 1.5 to 1.8 meters (4 to 6 feet) long.