Game Sound Museum ~ Famicom Edition ~ 12 Metroid (ゲームサウンドミュージアム ～ファミコン編～ 12 メトロイド?) is an album containing the soundtrack of Metroid on the Family Computer Disk System. The Game Sound Museum ~ Famicom Edition ~ albums were released exclusively in Japan on 28 April 2004. It was published by Scitron, which also published the Metroid Prime & Fusion Original Soundtracks. Its catalog number is SDEX-0021.

With this album based upon the Famicom release, tracks such as Title (Metroid) are in higher quality, while Escape does not feature the extended bridge section from the NES version.

Notably, this album is the only released one to date that includes Silence, providing the only official title for the song outside of internal filenames. 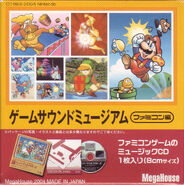 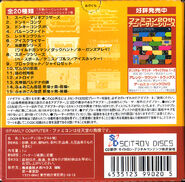 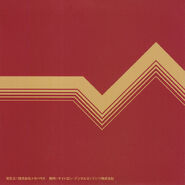 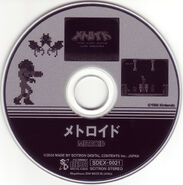 CD
Add a photo to this gallery

Retrieved from "https://metroid.fandom.com/wiki/Game_Sound_Museum_%7E_Famicom_Edition_%7E_12_Metroid?oldid=260980"
Community content is available under CC-BY-SA unless otherwise noted.