Wikitroid
Register
Don't have an account?
Sign In
Advertisement
in: Pages in the real-life POV, Pages in need of images, Books

Games Tribune, or GTM is a print and digital-based gaming magazine published in Spain. It is one of two Spanish magazines, alongside Hobby Consolas, to have extensively covered the Madrid-developed Metroid: Samus Returns in their 21st issue published in September 2017. A number of staff from MercurySteam, the primary developer of Samus Returns, have copies of the issue in their own personal collections of memorabilia from the game.

The standard cover of GTM issue 21 was drawn by Jaume Font. An alternate cover, featuring Zero Suit Samus holding her helmet, was drawn by Isabel M. Fernández and offered to those who had a gold subscription to GTM. She has signed and sold this artwork, in addition to another piece with Samus and Zero Suit Samus, at Madrid Games Week.

The October 2021 issue of GTM features Metroid Dread on the cover, with an illustration done by Yue (@Mizukirz on Twitter).[1] The illustration depicts Samus in her new suit, an E.M.M.I., Raven Beak and Quiet Robe, ADAM and Kraid. It also features a Metroid larva, Omega Metroid, Ridley and the Dachoras and Etecoons, who are not confirmed to appear in the game. 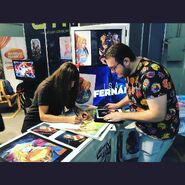 Both covers on Patreon. 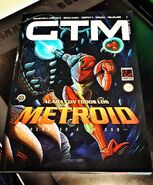 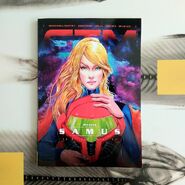