Gamets are shelled enemies found within Norfair on Zebes.

These enemies are featured in Metroid, Metroid: Zero Mission and Super Metroid.

They usually inhabit small Air Holes in the ground, waiting for potential prey to come near, to which they'll react by exiting their nest either individually or as a swarm and attack their foe in a type of vertical formation. Gamets can also be seen emerging from pools of lava and water. They are infinitely spawned from whichever place or structure they emerge from.

"Their bodies are covered by a super-hard shell. They fly out of the air holes and attack Samus. The reds [sic] ones have twice the strength as the others."

"Gamets fly toward Samus from the vents. The pink ones are weaker than the red. Collect energy when they come towards you."

"Watch out as they swoop at you from concealing pipes at the most in-opportune of moments."

Gamets made their first televison debut in the first episode, Kevin in Videoland. A single Gamet also appeared in the episode Metroid, Sweet Metroid, attacking Kevin when he was trapped on Metroid. It made a sound like a bird call as he dodged it. Unlike normal Gamets, this one turned around when it missed, followed by a Skree.

In the comic story, Money Changes Everything, a swarm of small Gamets flew out of missing tiles in the floor and latched onto Samus in a room of Norfair. Kid Icarus's arrows bounce off of them, but Kevin's Zapper makes swift work of them. Samus states that they drained all of her energy and that her armor would explode. Kevin acquired an Energy Tank to prevent this. 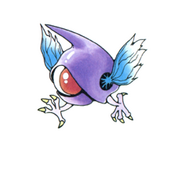 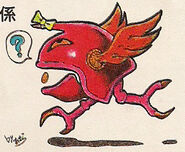 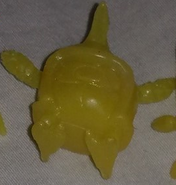 Super Metroid sprite
Add a photo to this gallery
Retrieved from "https://metroid.fandom.com/wiki/Gamet?oldid=273456"
Community content is available under CC-BY-SA unless otherwise noted.