A Geemer[1] (sometimes spelled "Jeema" in Japanese, and likely pronounced similarly in English) is an evolutionary offshoot of the Zoomer family. Geemers roam many surfaces in search of food, and can cling to walls with their feet. When threatened, Geemers defend themselves by extending spines from within their bodies. They have been found on many different planets, including Zebes, Tallon IV and Bryyo.

The Geemers that lived in the tunnels of planet Zebes had six multi-jointed legs, with two eyes and a pair of pincers. Their spikes are short, and their colors vary in color, from red to purple.(Metroid, Metroid: Zero Mission, Super Metroid)

After Zebes' destruction, clones of these Zoomers were also secretly grown on the BOTTLE SHIP, and ran amok in the Main Sector and Biosphere after MB went rogue. The Snomer, an ice-adapted breed, also resided in the space station's Cryosphere. Likely due to MB's telepathic influence, the cloned Zoomers were much more agile and aggressive, actively rushing and even leaping at Samus. (Metroid: Other M) Hologram simulations of Geemers also appeared in the training sequence at the start of the game.

Another breed of Geemer is commonly found in the Overworld region of Tallon IV, in the Tallon Canyon, Root Cave and Transport Tunnel C. These red-shelled Geemers are notable for having longer, extendable spines, three blue eyes and ten tiny legs mostly covered by its carapace. Additionally, the strong shell of the Tallonian Geemer renders it invulnerable to blasts from the Power Beam, Ice Beam and Wave Beam; should one be attacked or approached by a threat, it will freeze in place and extend its long, sharp spikes until it feels the danger has passed. (Metroid Prime) Similar Geemers inhabit the Tetra Galaxy, and can be found in Alinos' [[Alimbic Gardens and Arcterra's Gateway. However, these Geemers are less resilient, and can be killed with any other Beam weapon or a Missile.

The Geemers that inhabit planet Bryyo are unique in that they have no visible legs, instead moving on a gastropod-like foot. Bryyonian Geemers have smaller, rounder shells than most breeds, and have the longest spikes. They have four yellow eyes, and instead of the usual pincers they have a round, puckered mouth. Two of these can be found in Reliquary III. Metroid Prime 3: Corruption)

On the planet of Excelcion, a subspecies known as the Ice Geemer has adapted to survive the planet's icy environment. 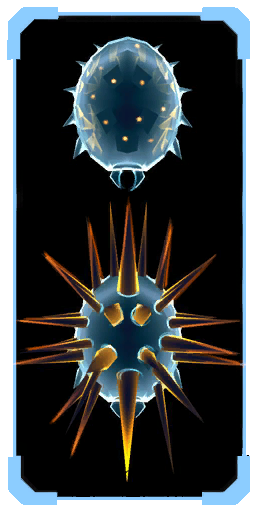 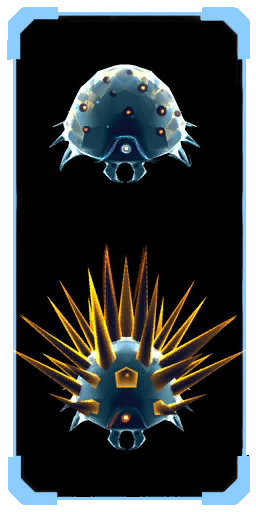 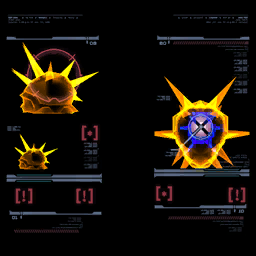 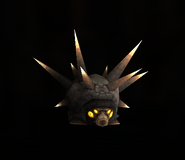 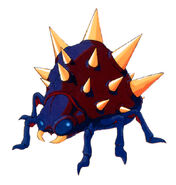 Retrieved from "https://metroid.fandom.com/wiki/Geemer?oldid=228735"
Community content is available under CC-BY-SA unless otherwise noted.