Grab Ledges are parts of ledges made of magnetized materials that react with the materials of Samus Aran's Power Suit. They send an energy surge through her left arm and into her suit that gives her the strength to pull herself up over high areas or into tight spaces; the latter will force Samus into her Morph Ball form as she enters them. The ledges are often put in places where Samus cannot jump onto or into, and allow her to reach them. Grab Ledges are only found in Metroid Prime 3: Corruption and seem to replace the Power Grip from Metroid: Zero Mission, as they allow Samus to perform mostly the same actions the latter item would enable, though instead of relying on specific ledges, the Power Grip indefinitely allows Samus to grab onto any ledge. These Grab Ledges have a bright green coloration, and some of these can be skipped by using the Screw Attack, especially on Elysia.

"Jump up to green ledges to perform a Ledge Grab." 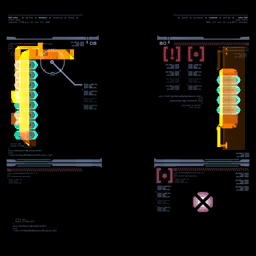 Structure identified: Grab Ledge. Jump forward to grab on to ledge and automatically pull yourself up.

Certain ledges are composed of unique magnetic alloys that react to your suit. By jumping toward and grabbing onto them, a surge of energy will course through your suit and allow you to pull yourself up. Ledges that shimmer green are able to be grabbed on to.

Retrieved from "https://metroid.fandom.com/wiki/Grab_Ledge?oldid=274837"
Community content is available under CC-BY-SA unless otherwise noted.