Can be ripped apart with the Grapple Lasso

Flying insects native to Bryyo, Gragnols are the juvenile form of the Gragnol Adult. They are territorial, and defend themselves with small bursts of Phazon. They are native to Bryyo, and live in Gragnol Hives. Like the War Wasps commonly found on other planets, they will emerge if they detect a potential threat to the hive, but do so at great peril to themselves, as their exoskeletons are weak and underdeveloped. 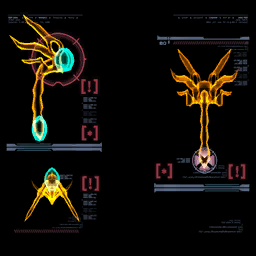 Morphology: Gragnol
Lack of exoskeleton makes it agile but weak to most weapons.

Gragnols are vulnerable to most weapons, as they have not developed the durable exoskeleton found on adult members of the species. They often travel and attack in groups. If they sense a nearby threat to their hives, they will not hesitate to advance. Their offensive capabilities are underdeveloped, leaving the ability to fire energy pulses of Phazon energy their only form of attack.

Retrieved from "https://metroid.fandom.com/wiki/Gragnol?oldid=269878"
Community content is available under CC-BY-SA unless otherwise noted.