Tearing certain objects from their position

Docking Hub Alpha
The Grapple Lasso is a Power-up Samus Aran acquires only in Metroid Prime 3: Corruption, though Samus has a similar ability in the Super Smash Bros. series and Metroid: Other M.

The Grapple Lasso appears in Metroid Prime 3: Corruption, and is one of the first upgrades in the game. The Grapple Lasso is a variation of the Grapple Beam, that will allow Samus to grapple certain enemies and items. Enemies and items of this nature shimmer. After locking onto a Grapple Point, thrusting the Nunchuk forward will cause Samus to attach her Grapple Beam to the obstruction. She can then rip it away, which is accomplished by yanking the Nunchuk back. In addition, by twisting the Nunchuk in various directions Samus will imitate the motion, adding to the immersion of the game.

Later in the game, Samus gets the Grapple Voltage which lets Samus use the Grapple Lasso to absorb energy or inject it into targets.

Interestingly, Samus was able to use the Grappling Beam (which is expelled from the Arm Cannon) with the Grapple Lasso in the Super Smash Bros. games.

During the battle with the Vorash, Samus is required to pull it out of the Lava using her Grappling Beam. When doing so, she uses the Grappling Beam similar to the lasso. 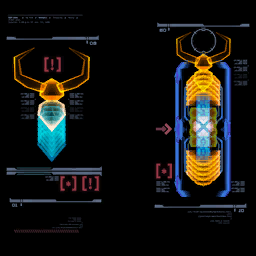 The Grapple Lasso allows you to pull objects in the environment.
Lock on to a Grapple Point

Objects in the environment that shimmer can also be grappled.

"Lock on to the Grapple Point

The Grapple Lasso, as it appears in the 2006 prototype of Corruption.

Unlike in the final game, the Grapple Lasso can be fired at any time in the prototype by pressing the Y button.

The Grapple Beam model from Metroid Prime 2: Echoes is used in the prototype, likely as a placeholder.

Metroid Other M
Add a photo to this gallery
Retrieved from "https://metroid.fandom.com/wiki/Grapple_Lasso?oldid=273544"
Community content is available under CC-BY-SA unless otherwise noted.