Grapple Points or Grapple Swing Points are special points to which the Grapple Beam can attach, allowing the user to swing across otherwise impassable areas.

After the Grapple Beam is acquired in the Metroid Prime games, Grapple Points appear as special icons on Samus's Visor. Gliders can also act as Grapple Points, and are identified by the same icon.

In Prime, Samus cannot fire her weapons while swinging on the point, but she can in Echoes and Corruption.

Super Metroid features specific blocks for usage with the Grappling Beam, along with Pit Block variants that will disappear. The blocks are referred to as "hooks" in Super Metroid Players' Guide. Super Metroid, Rippers and Ripper IIs are viable grappling points as well. It is compatible with any ledge that could normally be grabbed otherwise (for a brief time) in Super Smash Bros. games.

Grapple Points also appear in Metroid: Other M, and are alternatively called grappling hooks. They glow two different colors. Before the Grapple Beam has been authorized, the Grapple Points will glow red, indicating that Samus may not use them. Afterwards, they glow green to show that they may be used. Deactivated Grapple Points can move into a useful position when reactivated, if an enemy presence in the room that restricts their use is removed.

Zeta Metroids and the Queen Metroid in Samus Returns have organic Grapple Points on their bodies indicated by a red light like those on Pull Blocks. Samus can grapple these points when the Metroids have been incapacitated. They exist on a Zeta Metroid's back, and in the Queen Metroid's mouth as a "tongue". Grappling a Zeta will pull it down to the floor from the ceiling, and grappling the Queen will bring her head to the ground, allowing Samus to roll into her mouth and lay a Power Bomb. 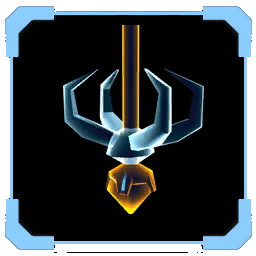 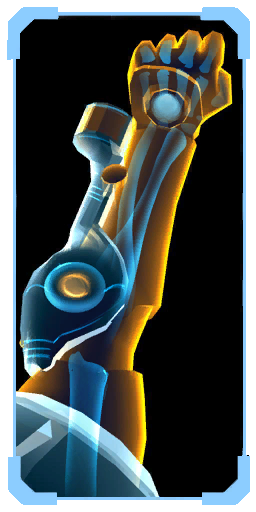 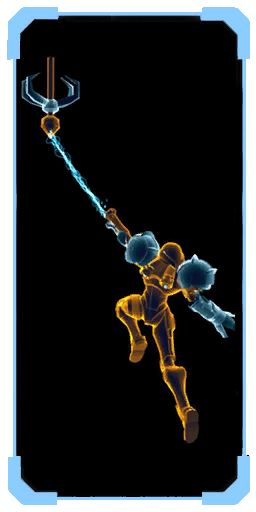 System: Grapple Point
Unit is a viable attach point for the Grapple Beam.

To use the Grapple Beam, use

icon appears. You can fire your weapons while attached to a grapple point. 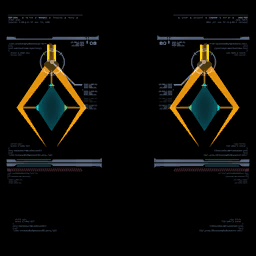 Scan complete.
Target is a viable attach point for the Grapple Beam.

to let go. You can fire your weapons while attached to a Grapple Swing Point.

Grapple Point scan in Lava Lake after Samus loses the Grapple Beam on the Frigate Orpheon. 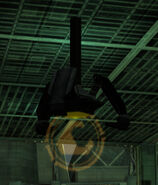 A Grapple Point in Sanctuary Temple in Metroid Prime 2: Echoes.

A Grapple Point in Gateway in Metroid Prime 3: Corruption.

Gallery Mode in Metroid: Other M

A Grapple Point in the Pyrosphere in Metroid: Other M