This article is about the bosses in Metroid Prime 2: Echoes. For other uses, see Guardian (Disambiguation). 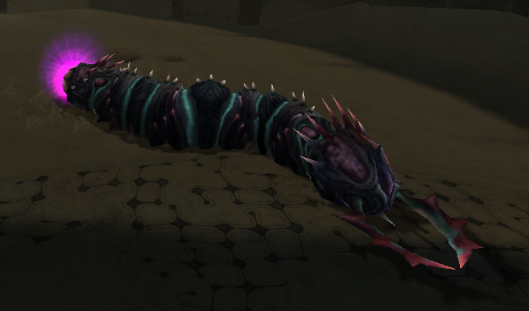 A Guardian is the Darkling boss of an area in Metroid Prime 2: Echoes. They guard the respective area's Dark Temple containing a certain amount of planetary energy. There are three Guardians, in Dark Agon Wastes, Dark Torvus Bog, and the Ing Hive:

Although the Emperor Ing is not specifically considered a Guardian, it serves the same in-game purpose as the other Guardians (protecting its respective Dark Temple and planetary energy).

There are also sub-bosses named Sub-Guardians, which are either mutated Warrior Ing that possess Samus's power-ups (stolen at the beginning of the game) or creatures possessed by said Ing:

Interesting to note is that Samus had seven of her upgrades stolen by Warrior Ing, but only the six listed above are encountered. The Sub-Guardian with the Missile Launcher was never known to be seen, but the Missile Expansion dropped by the Dark Missile Trooper resembles Samus' Launcher, implying the Ing that stole it also possessed this Trooper.

Retrieved from "https://metroid.fandom.com/wiki/Guardian_(boss)?oldid=260507"
Community content is available under CC-BY-SA unless otherwise noted.