Wikitroid
Register
Don't have an account?
Sign In
Advertisement
in: Articles to be split, SkyTown, Eastern SkyTown, Chozo technology

"The Fission Metroid is a mutant, capable of splitting in two."


It has been suggested that this article or section be split.
You can discuss this issue on the talk page.

Holographic projectors appear throughout SkyTown, Elysia as part of the architecture. They are disc-shaped and rest on the walls, and depict an image. Each of SkyTown's pods has a unique hologram design which is projected above all of its external doors. These holograms typically display an image related to the building's contents, or its external architecture. The projectors are tied into SkyTown's network. On Samus' first trip through SkyTown, Ghor's image is displayed on these projectors for unknown reasons. After his death and the repairing of cables in the Aurora Chamber, Aurora Unit 217 can be seen on them. Between Ghor's death and the repairing of the cables, no image is displayed on them. The projectors can be shot, and will explode or break, although larger projectors such as the one in Junction are indestructible. A battery unit that is offline in Arrival Station is connected to the projectors.

Larger holographic projectors, called communication panels in their scan, appear mounted on the wall in Ballista Storage and also display Ghor's image. They are described as being able to receive transmitted signals from anywhere on SkyTown.

Another kind of holographic projector appears in the Chozo Observatory. This is a massive cylinder in the room, with a plate on its top that can be stood on. It sits in the center of the room and is offline on the first visit due to circuitry malfunction. Samus uses her Gunship's Grapple Beam to lift the projector out and reach a broken circuit board. After Samus repairs the circuitry, the projector still remains offline. She can energize it using a nearby Bomb Slot.

Afterwards, the projector remains online for the rest of the game. Samus can use the projector by activating more Bomb Slots mounted in the walls of the room. The projector sends Elysian satellites to map out expansion location data, and obtain the Planet Tallon IV and Planet Aether Logbook entries. A Phazite panel on the side of the projector, once shot with the Nova Beam and X-Ray Visor, will enable Pirate Homeworld expansions to be detected. 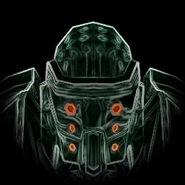 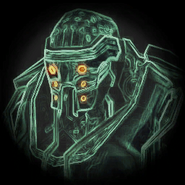 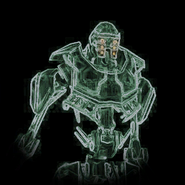 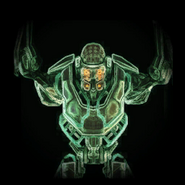 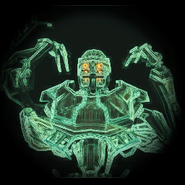 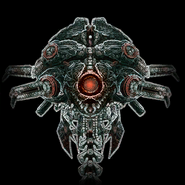 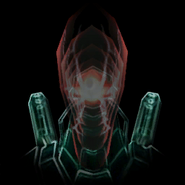 Steamlord, seen above a doorway in Junction 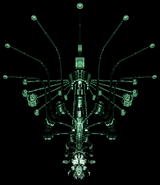 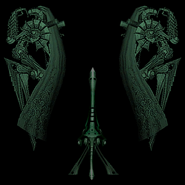