Hoppers are aggressive, territorial insectoid creatures native to Bryyo. They attack by using their claws when close to their enemies and by expelling bursts of venom when they are at a distance from them. They are somewhat fragile despite their tough appearance, and hunt in groups for greater safety. They move around by hopping, as their name suggests, using small leaps to close the distance between themselves and prey. 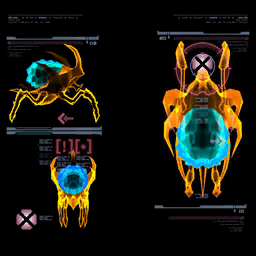 Morphology: Hopper
Attacks with razor-sharp talons. Pounces from a distance.

These aggressive insectoids use small hops to get within striking distance and then pounce, using their talons to tear away at their prey. From a distance they will fire bursts of venom at their target. Despite their aggressive nature, they are somewhat fragile and can be easily dispatched. Because of this they will commonly hunt in packs.

Retrieved from "https://metroid.fandom.com/wiki/Hopper?oldid=259814"
Community content is available under CC-BY-SA unless otherwise noted.