In Metroid Prime 3: Corruption, Samus's PED Suit gave her the Hyper Beam, a beam similar to the Phazon Beam. It is used when entering Hypermode and looks like a bolt of blue electricity. This weapon could be considered as a refined and controlled version of the Phazon Beam previously used in the battle against the Metroid Prime. Also, in Corruption, unlike the other appearances, this Hyper Beam has a charge function. When charged, it fires a large number of bolts at a continuous speed in a similar fashion to a machine gun for a short time; this blast is similar, but still quite different, to Dark Samus's scattershot variant of the Power Beam. The charged beam has limited lock-on capabilities similar to the Shock Coil, another Galactic Federation weapon.

The Hyper Beam is fueled by Phazon from Samus's own body, causing Samus to lose a fair amount of energy while firing. Each individual shot of the Hyper Beam uses 4 energy. A charged Hyper Beam shot, depending on how long it is charged, can use up to almost half of an energy tank (this amount increases even more on higher difficulties).

The Hyper Beam is Samus's most powerful beam in the game, above the Nova Beam, and is extremely effective against all enemies, especially against Phazon creatures and enemies that have entered Hypermode. It is also required to defeat Mogenar, Helios, Omega Ridley, Dark Samus and Aurora Unit 313, as only it and the other Hyper weapons can damage them. 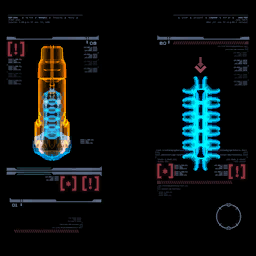 The Hyper Beam fires bursts of Phazon energy.
While in Hypermode, press

to shoot. To charge the Beam, press and hold

. Release to fire a powerful attack.

Each shot of the Hyper Beam will drain a small portion of Phazon from your PED tank.