Upon the Hyper Missiles impact, a Phazon induced explosion with a considerable radius occurs, allowing for damage to multiple enemies if aimed correctly. The missile also possesses an incredible amount of power and most foes can be defeated within a few shots. Each Hyper Missile uses only one Missile, as opposed to 5 Missiles taken by Super Missiles in the previous Prime games. Only 4 maximum can be used per Hypermode use because each missile drains a considerable amount of Phazon from Samus' energy reserves. This can also be a quick way to end Corrupted Hypermode. When Samus enters permanent Hypermode on Phaaze this ceases to be a problem, although the number of Hyper Missiles Samus can fire is still dependent on the number of Missile Expansions she has collected (and thus the number of Missiles she has). Hyper Missiles are also useless against enemies or obstacles that are resistant to standard Missiles (such as Assault Pirate Troopers).

The Hyper Missile lacks the homing abilities of the standard Missile and Super Missile in the Prime games; in turn, the Hyper Missile travels at a very high velocity. Therefore, careful aiming must be applied to hit a quick or agile target such as Gandrayda or Dark Samus. Hyper Missiles are the only weapon capable of destroying large Phazon crystals.

The Hyper Missile is the fastest firing Missile in the series, although it does not have the fastest rate of fire. 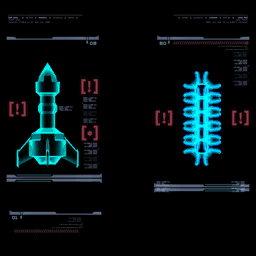 The Hyper Missile adds Phazon-enhanced Missiles to your Hypermode arsenal.
While in Hypermode, press

Each Hyper Missile fired will drain a large portion of Phazon from your PED tank.

The Hyper Missile in item form.
Add a photo to this gallery
Retrieved from "https://metroid.fandom.com/wiki/Hyper_Missile?oldid=218683"
Community content is available under CC-BY-SA unless otherwise noted.