Targeting with Thermal Imaging.
Ice Shriekbats are Shriekbats adapted to live in the Phendrana Drifts on Tallon IV and in the icy world of Excelcion.

Ice Shriekbats have a thick shell of icy armor, but are otherwise identical to their brethren. They attack in the same manner as regular Shriekbats, by dive-bombing anything that enters their territory and explode on impact, releasing high amounts of thermal energy.

On Tallon IV, they are only found on the dark ceilings in the buildings in Ice Ruins West. They disappear permanently once Samus acquires the Thermal Visor, but only in the North American versions of Metroid Prime and all Wii versions.[1] 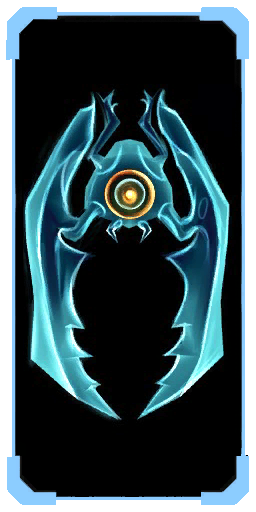 Like standard Shriekbats, these creatures are easily spotted with Thermal Imaging. They roost on cave ceilings, subsisting on insects, reptiles and small mammals. Fiercely territorial, they will dive-bomb anything that wanders near. 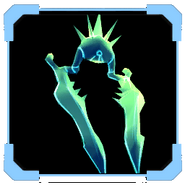 Scan image seen on the Orpheon