Sensory node mounted at the top.

The Incinerator Drone is the fourth boss in Metroid Prime. It resides in the Burn Dome located in the Chozo Ruins. Originally created to dispose of waste with its high-intensity flamethrowers, it attacks Samus because it perceives her as a threat.

To defend itself, it will send a pillar of flame into the War Wasp nests overhead, releasing Barbed War Wasps. It can also attack Samus by shooting out horizontal jets of flame, which can be avoided by running, jumping over them, or using Morph Ball to duck near the base of the flames. After several sweeps of flame, a small cylinder with two red glowing spots on either side emerges from the top. These are the only weak points the unit has. After enough damage has been inflicted to the drone, it will tilt its flamethrowers upward and burn the hive above it, causing some Barbed War Wasps to come out and attack Samus. The Incinerator Drone then continues to use its wall of fire to attack. Samus must repeat this process until the Drone is destroyed, leaving the Morph Ball Bomb at its base. Just before its destruction, the Drone sends one final burst of flame upwards, which completely obliterates the Barbed War Wasp Hive, killing any survivors. Barbed War Wasps are not seen again in the game. 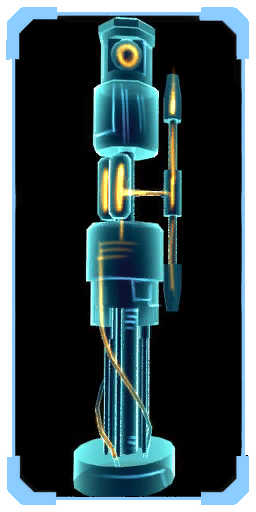 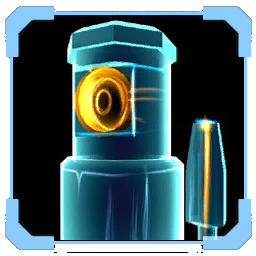 Device schematics indicate a high risk of malfunction when internal power core is damaged. Unit has minimal combat programming, but can defend itself if necessary. This drone's intense heat blasts compensate for its lack of battle prowess.

The battle against the Incinerator Drone in the Burn Dome