K-2L is a planet and Earth colony on which Samus Aran lived at the age of 3, along with her parents, Rodney and Virginia Aran. K-2L was an important planet for the Galactic Federation, as it had large reserves of Afloraltite. A Rabbit-Squirrel named Pyonchi lived on this planet, and is the only known native creature. The actual planet is "neighboring" Zebes, according to the Metroid Prime instruction manual.[1]

While Samus was living on planet K-2L, Ridley and his Space Pirates attacked it, destroying the colony and leaving Samus the only survivor. The Chozo intercepted the colony's distress signal and rushed over, rescuing Samus just in time. Her mother was killed by Ridley like the rest while her father sacrificed himself to detonate the Afloralite reserves the Pirates had stolen. This was the incident that led to Samus Aran's hatred of Space Pirates, as well as her PTSD regarding Ridley.

Though the location was first referenced in the Super Metroid comic, it has since been mentioned in the manual for Metroid Prime and Metroid Prime comic, as well as depicted in the Child Mode endings of Metroid Fusion (which is also the first source to indicate Ridley's involvement in the raid), Metroid: Volume 1, Metroid: Zero Mission and Metroid: Other M's commercial, "Past is Prologue". K-2L, as well as the raid that orphaned her, was also given a brief mention in the Classic Mode trophy for Samus Aran in Super Smash Bros: Melee, marking its first direct reference in a videogame.

It is unknown what happened to the colony after Samus left, and whether she has returned to it since the attack that killed her parents. The events of Samus's childhood have never been depicted in detail in any of the Metroid games, aside from the mentioned Fusion endings, despite their importance in her origin story. 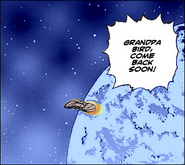 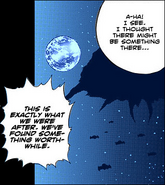