Koma[1] are particular types of statues on planet Zebes that have appeared in Metroid, Metroid: Zero Mission and Super Metroid.

Koma are stones carved mostly into large heads with menacing expressions, much like the faces seen on oni.

In Metroid, Koma are notably placed at the entry points of Brinstar and Norfair in pairs of two, merely serving a decorative purpose to possibly greet or ward off visitors.

The Koma in Brinstar are blue, skull-like heads bearing their teeth. There are additional Brinstar variants of the Koma surrounding the Morph Ball powerup, as well as beside the Door leading to the Stone Statues that guard the entrance to Tourian.

Those seen in Norfair are red, demon-like heads with tiny disproportionate arms and legs attached to them, both carrying a staff on their left sides.

In Super Metroid, the Koma return with a few altered traits. The blue heads now glow with an orange light from within their eye sockets and mouth, which is initially turned off when Samus first arrives at Brinstar's entry point. Once she collects the Morph Ball, all surrounding Koma will begin to emanate their aforementioned glow. Curiously, some of the activating heads will also turn to look directly at Samus, seemingly acting as security sensors in the same manner as the nearby Eye security systems. When ascending the Elevator shaft to return to Crateria, the pair of Koma surrounding it will also turn to look at her. Additional Brinstar Koma can be found throughout the region, as well as in Crateria.

The Norfair variants keep their demonic appearance, but are now completely limbless as well, and contain more teeth in their gaping mouths. While Norfair Komas are no longer found at entry points of their respective area, a notable pair is positioned next to the Elevator leading to Ridley's Lair; all others are found in several rooms within both volcanic regions.

Metroid: Zero Mission, the remake of the original Metroid game, also feature two variants of the stone heads. The heads from Brinstar remain vastly the same, but gained their orange glow from Super Metroid.

The Norfair heads received a massive overhaul of their original design: they are far less demonic in appearance, have no limbs and their mouths are tightly sealed, forming a frown on their faces. These redesigned Koma are present next to all ascending elevators in Norfair, and an alternate colored pair is also seen in Ridley's Lair. 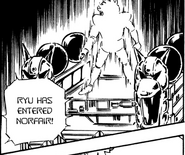 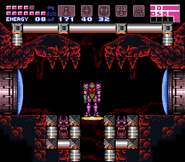 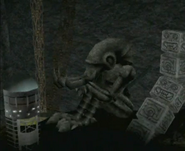 Retrieved from "https://metroid.fandom.com/wiki/Koma?oldid=267370"
Community content is available under CC-BY-SA unless otherwise noted.