The Mature Kashh plants are bulbous pieces of foliage native to Bryyo that the Reptilicus use as storage devices. Unlike immature Kashh plants, they can only be destroyed with heavy weapons fire, as they have a thick, tough exterior which the immature forms do not possess. When one of these plants ruptures after bombardment, whatever item the plant contained is revealed. Mature Kashh plants typically grow in the fertile strip on Bryyo on the border between the heated hemisphere and the cold hemisphere. 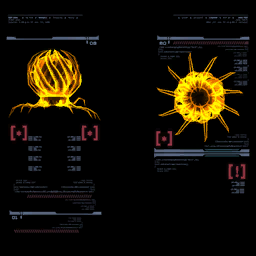 Mature Kashh plant has fully developed bark that only heavy Beams and explosives can damage.

Mature Kashh plants are used for storage by Bryyo natives. Unlike the younger versions, these have developed a thick bark that is only vulnerable to heavy weapons fire.

Add a photo to this gallery
Retrieved from "https://metroid.fandom.com/wiki/Mature_Kashh_plant?oldid=276518"
Community content is available under CC-BY-SA unless otherwise noted.