The Mawkin were a tribe of Chozo known for their combat prowess. They established the Chozo colony on ZDR and, under the leadership of Raven Beak, planned to take over the entire galaxy.

The early history of the Mawkin is unknown, but they were one of the only Chozo tribes, if not the only one, that refused to abandon their warrior traditions as the rest of their race became peaceful scientists. They established several bases and research facilities on ZDR, honing their skills and capturing local wildlife (such as Corpius) for use in bioweapon research. The Chozo Archives imply that disobedience was punishable by death, with one image showing dissenters being fed to Drogyga in the Burenia facility.

The Mawkin appear to have visited Zebes at some point, since Raven Beak was present to donate his Chozo DNA to a young Samus Aran. Frescos in Ferenia are shown depicting the Mawkin fighting Zebesians, as well as being somehow linked to Mother Brain. It is also implied that they captured Kraid following Samus's defeat of him in the Raid on Planet Zebes, evacuating him before the planet's destruction and imprisoning him in the depths of Cataris.

The Mawkin appeared on SR388 in order to assist and protect the Thoha tribe as they worked to develop a countermeasure to the dangerous X Parasites. When the resulting Metroids went out of control, the Mawkin warriors engaged them in battle; despite taking losses, they successfully forced the berserk Metroids into the depths of SR388 so the Thoha could seal them away.

In the aftermath, the Thoha advocated destroying the entire planet to prevent the Metroids or the X from spreading, fearful that either species could bring disaster to the galaxy. However, Raven Beak had other ideas; by his command, the Mawkin slaughtered the Thoha, leaving only Quiet Robe alive. With their new prisoner in tow, the Mawkin returned to ZDR, planning to use Quiet Robe's expertise and genetic ability to control Metroids to capture the bioweapons and use them as the base for a new, unstoppable army with which to conquer the galaxy.

Unfortunately for the Mawkin, one of their Chozo Soldiers had been infected by the X while on SR388, allowing it to copy their appearance and stow away with the rest of the tribe when they left the planet. It revealed itself once they had returned to ZDR, starting a full outbreak that nearly obliterated the Mawkin; by the time Raven Beak sealed the X away in Elun, he became the only survivor of the Mawkin.

The Mawkin would meet their ultimate demise when Raven Beak lured Samus to ZDR in an attempt to harvest her Metroid DNA for his plans. Raven Beak released the X Parasites from Elun, forcing Samus to battle the X copies of the Mawkin Chozo Soldiers. The ensuing conflicts would see the elimination of the remaining X-infected Mawkin, the infection and subsequent annihilation of Raven Beak himself, and the complete destruction of ZDR, eradicating all known traces of the rogue Chozo tribe.

The Mawkin tribe discovers the X among their ranks 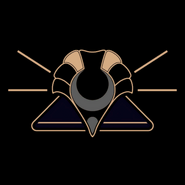 The emblem used by the Mawkin
Community content is available under CC-BY-SA unless otherwise noted.
Advertisement