If Samus enters the fight with 100% of all items acquired, Mecha Ridley's offensive power will be doubled and total health tripled, making for a longer and more difficult battle than normal. 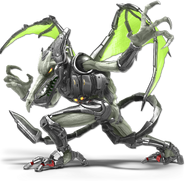 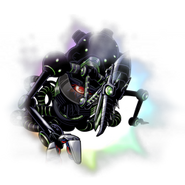 Retrieved from "https://metroid.fandom.com/wiki/Mecha_Ridley?oldid=279078"
Community content is available under CC-BY-SA unless otherwise noted.