Fire attack
Latching onto Samus and exploding (Other M)

Mellas (メラ, mera?) are bug-like creatures found in Norfair on the planet Zebes.

Mellas exist in small swarms, and are very similar to Mellows, all except the fire they emit on their heads in a fashion similar to Sovas. When undisturbed, they will hover in one area as a group, but if they are disturbed they will swoop down diagonally at the target. The best way to defeat Mellas (like most Norfair creatures) is by using the Ice Beam.

In Metroid: Other M, Mellas are found in Sector 3 / Pyrosphere on the BOTTLE SHIP, and often emerge from Fly Pods resembling flaming red compounds. In the same game, there is a species called Himellas that strongly resemble Mellas, but have cold attributes instead.

Himellas and Mellas are confirmed to be related to the Reos.[1] In Other M, Mellas have an attack similar to one used by the Reos in the same game use. However, instead of slashing Samus, they latch onto her and explode. This attack cannot be countered.

"These move in groups and can pass through walls and rocks. They are the weakest and a single blast of the normal beam will lay them flat."

"They exist in small swarms. Chill them out with a shot of the Ice Beam."

"Look for these chaps as they home in quite quickly. You can drive them back with regular shots, but a charge is needed to finish them once and for all."

Curiously, the guide depicts a Sova with this description on page 52, rather than a Mella. 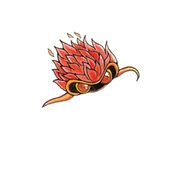 Mella in Super Metroid.
Add a photo to this gallery

Retrieved from "https://metroid.fandom.com/wiki/Mella?oldid=257664"
Community content is available under CC-BY-SA unless otherwise noted.