Flying into Samus
Mellow, also known as Mero[1][2], is a species of flying insects that are found in Brinstar in the original Metroid, its remake, and Super Metroid.

In the NES and SNES games, they behave in the same manner as Mellas and Memus, in which they hover near a ceiling and swoop down quickly when Samus passes below them.

In Zero Mission, Mellows can only be found in Corridor No. 4, where they attack Samus Aran in swarms. They will disappear for the rest of the game if Samus destroys all of their hives, one of which is hidden behind a wall blocking access to a Missile Tank. Mellows will defend their hives when a threat comes close, and spend most of their time circling their hive when the latter is found within the same room, or chasing foes when there is no hive nearby.

"These creatures can pass through walls. They like to chase after you in groups."

"Travels in groups through rocks and walls. These weak creatures are defeated in one shot."

ENEMIES OF BRINSTAR AND NORFAIR (pg. 41)
MERO
"They hover near ceilings and often attack in groups."

"They hover until you get close then swoop down. Stay as far across the screen as possible; you can then take them out without them seeing you." 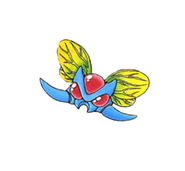 Mellows and a hive in Metroid: Zero Mission
Add a photo to this gallery

Retrieved from "https://metroid.fandom.com/wiki/Mellow?oldid=273786"
Community content is available under CC-BY-SA unless otherwise noted.