Metroid: Samus Returns - Overview Trailer (メトロイド サムスリターンズ 紹介映像?) is the overview trailer for Metroid: Samus Returns. Revealed on August 25, 2017, it came in three versions, each one tailored to North America, Europe, and Japan. The trailer is nearly 4 and a half minutes long, with the specific time varying between versions. In the Japanese version, it also featured the infamous quote "Metroid... Omoroido!" that debuted in the Japanese commercial for Metroid II: Return of Samus, which Samus Returns is a remake of.

The trailer begins with a male narrator noting the infamy of SR388 for being the discovery place of the Metroids. As he is mentioning this, a view of space and SR388 is shown with accompanying text as well as a Metroid larva. The Title theme plays during this part of the trailer. Every regional version of the trailer uses the English narration, with subtitles for the respective language added.

The narrator explains with accompanying text and video that the Metroids are hostile by nature and capable of draining someone's life force, and strictly states that they are not to be underestimated. It is then mentioned that the Galactic Federation sent a task force to investigate, and after failure, they asked a Bounty Hunter to take care of the job, before admitting they got "a legend", as clips show Samus flying to and landing on SR388. The Title Screen is then shown as Boss Go plays.

The trailer then shows various gameplay clips, and supplied commentary on some of the new features for the game. The gameplay footage includes brief coverage of the Morph Ball, Ice Beam, Grapple Beam, and Space Jump. In the Cockpit plays during this segment.

Next, the trailer shows more gameplay footage that covers combat in greater detail. The trailer features in-depth coverage of the Melee Counter, Aeion Abilities (including the Scan Pulse, Lightning Armor, Beam Burst, and the newly-confirmed Phase Drift), with the ending also teasing a new enemy. A remix of Vs. Meta Ridley plays during this part (the first hint at his role in the game). Then, the trailer shows one last sequence of gameplay footage, including a brief glimpse at an Omega Metroid fighting Samus, while Boss Battle 6 plays.

Lastly, the American version covers the Special Edition and its contents, as well as amiibo compatibility and its effects (namely, Reserve Tanks for the three Samus amiibo, and a Metroid counter for the Metroid amiibo, as well as the unlocking of the Sound Test, Galleries for both Return of Samus and Samus Returns, and Fusion Mode for specific amiibos.). During this segment, a remix of Record of Samus is heard. The European version simply covers the amiibo compatibility, and the Japanese version covers its version of the Special Edition, the Amiibo compatibility, and then the phrase "Metroid... Omoroido!" is heard. During this part, the Boss Go theme is heard again. 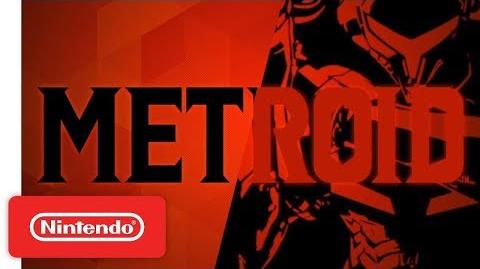 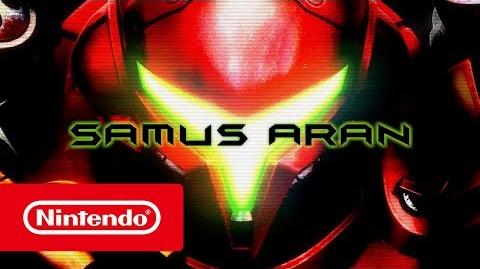 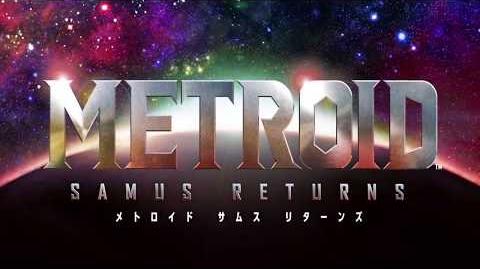 Add a photo to this gallery
Retrieved from "https://metroid.fandom.com/wiki/Metroid:_Samus_Returns_-_Overview_Trailer?oldid=271368"
Community content is available under CC-BY-SA unless otherwise noted.