Wikitroid
Register
Don't have an account?
Sign In
Advertisement
in: Pages in the real-life POV, Games, Prime Series, Websites

Metroid Prime is a promotional flash-based internet game based on the Nintendo GameCube title of the same name. It was released onto the European Metroid website. The game is a point and click adventure played from a first-person perspective in the style of the Metroid Prime series, with the goal being to collect all of the items that can be found in Metroid Prime on the GameCube. It is available to play with English, German, Dutch, Spanish, French and Italian text, which is selected before starting the game. Of note is that the game uses the GameCube version's original logo.

The original game was removed in mid 2018 (formerly accessible here). Prior to this, it was archived in November 2017 by Nintendo fan Skelux, along with many other promotional flash Nintendo games on his website, Skelux (accessible here).[1] The game is powered by TotalMediaTechnology. It was the Macromedia Site of the Week in the United Kingdom, and Site of the Day on March 29, 2003. At one point, it linked to the Metroid Fusion European website, but clicking the link later produced an error message.

The game begins with a skippable intro, in which Samus detects a massive Space Pirate presence on Tallon IV. The player is able to move the Combat Visor around in seven 2D environments, which are indirectly based on the Tallon Overworld, Chozo Ruins and Magmoor Caverns areas in the GameCube Prime game. A map to the right can be used to assist with navigation. Using the cursor, the player must locate Samus's Visors, Suits, Beams, Morph Ball items, and "five tips and tricks". These are found in destructible crates, which can be opened by clicking on them. The player will then be presented with an icon of the item and a key prompt. Pressing the key reveals the item, and clicking on it obtains the item. Each room contains a number of doors that, when clicked on, lead to other rooms, sometimes even junction rooms with multiple more paths.

The Radar on the Heads-Up Display indicates the location of nearby items, which reveal information about their role in the GameCube game when collected, as well as screenshots and/or videos. This information can be accessed in the side-menu at any point. As with any traditional Metroidvania game, some items require other upgrades to obtain, and later upgrades cannot be acquired out of sequence (i.e. the Phazon Suit cannot be acquired before the Gravity Suit), however they can be found out of sequence. After all items have been collected, a password will be given to the player that will allow them to resume their progress when they return to the site. This makes the flash Prime game the second medium of the overall franchise to use passwords to save progress, after the original Metroid. The game does not retain tips and tricks, however, so if a password is used they will have to be reobtained. Despite having to obtain the items, the HUD features all Visor and Beam icons. Samus's energy will always remain at 29 units.

The second Tallon Overworld theme from the GameCube game plays throughout this game, although it cuts off abruptly before looping. It can be turned off in the upper left corner. The Item Acquisition Fanfare returns as well, of course being heard when items are obtained.

Power Suit
"This Chozo-designed armour provides all your super strength, shielding and special abilities. Explore Tallon IV to discover suit upgrades that grant entry to hazardous or inaccessible areas."
Varia Suit
"The Varia Suit shields you from extremely high temperatures like those found in the fiery caves of Magmoor, deep under the surface of Tallon IV. It also increases your shield power slightly."
Gravity Suit
"Your Power Suit allows you to breathe underwater but movement is restricted, hindering combat effectiveness. Find the Gravity Suit to move in liquid environments with the same freedom as on land."
Phazon Suit
"Phazon, the highly radioactive substance found on Tallon IV, can cause damage to normal suit systems. But if you discover the Phazon Suit, you will be able to safely enter Phazon-infected areas."
Power Beam
"The Power Beam lacks the strength of other armaments that are hidden on Tallon IV but boasts more rapid fire. Acquire the Charge Beam power-up to launch a highly powerful blast of energy."
Missile Launcher
"Switch to Missiles to destroy more powerful enemies and remove blockages. Lock on to an enemy in your target display to launch a guided Missile. Unlike Beams, Missiles have a limited supply. Increase stock by locating Missile Expansions."
Wave Beam
"The Wave Beam fires a triple blast of electrical energy, which is very effective against certain enemy types. Also can be used to restart inactive power systems. Combine with the Charge Beam to increase effectiveness."
Ice Beam
"The Ice Beam makes up for its slow rate of fire with its ability to freeze enemies. A charged-up Ice Beam blast will freeze an enemy for longer, allowing time to launch a Missile and shatter the creature."
Plasma Beam
"The Plasma Beam's short range is compensated by immense power. Its molten energy can turn certain enemies to ash. Like other Beam weapons, the Plasma Beam can be charged to increase effectiveness."
Bombs
"Morph Ball mode includes the ability to drop small energy explosives. These Bombs are available in an unlimited supply but only three can be launched at one time. Use Bombs to destroy small obstacles and enemies."
Power Bomb
"A Power Bomb blast will eliminate enemies in a wide radius and destroy certain struxtures that withstand a normal Bomb attack. Unlike Bombs, these super-powerful explosives are only available in a limited supply."
Boost Ball
"Acquire the Boost Ball to spin away from enemies and ride up half-pipes to reach previously inaccessible areas. Hold the B button to charge up, and release to get a boost of speed."
Spider Ball
"Magnetic tracks are located around Tallon IV, often leading to secret areas and useful items. Acquire the Spider Ball power-up to travel along these tracks. Hold/release the R button to attach/detach."
Combat Visor
"Your default visor, through which you can control your vast arsenal of weaponry. Features a targeting reticule for locking on to enemies, a radar, three-dimensional map and threat proximity indicator."
Scan Visor
"The Scan Visor enables you to gather important information on enemy physiology, download Space Pirate data or translate Chozo literature. It is also used to activate switches and unlock various areas across Tallon IV."
Thermal Visor
"In combat, use the Thermal Visor to track heat signatures of enemies using cloaking technology. Defensive properties: can be used for night vision, to locate enemy weak spot and find hidden clues."
X-Ray Visor
"Once acquired, the X-Ray Visor will make hidden areas and objects visible, and enable you to view enemies that use optical camouflage. This visor is essential for uncovering all of Tallon IV's secrets."
T1 (Missile Combos)
"Every beam weapon can be combined with Missiles to perform a super combo, once Samus has found each beam weapon's combo power-up. (For instance, the Power Beam combo is Super Missile.)"
T2 (Unlock NES Metroid)
"There are two secrets that are activated by connecting Metroid Fusion for Game Boy Advance to Metroid Prime, using the Nintendo GameCube Game Boy Advance Cable. Once you've completed Metroid Fusion, you can unlock the original NES version of Metroid on your Nintendo GameCube by connecting the two systems. You can use a Memory Card to record your game progress."
T3 (Unlock Fusion Suit)
"It's possible to unlock the Fusion Suit from Metroid Fusion for Samus to wear in Metroid Prime. Once you've completed Metroid Prime, simply connect the two games using the Nintendo GameCube Game Boy Advance Cable. The Fusion Suit changes the appearance of Samus, but her abilities stay the same."
T4 (Bomb Jumping)
"It's one of the oldest tricks in Samus's skill book but it still works a treat in Metroid Prime. In Morph Ball mode, drop a Bomb and position Samus directly over it, to be blasted into the air. If you then drop Bombs at different points in the air, you can use the explosions to propel yourself even higher. (You can only drop three Bombs at a time.) It takes practice but it's often the only way to reach hidden items."
T5 (Completing the Log Book)
"Samus records all the items, enemies, notes and computer records that she scans, which you can access from the Log Book in the pause menu.
By filling 50% and 100% of the Log Book, you can access two Art Galleries, where you can view artwork from the game's development. Note: Bosses can only be scanned once, so make sure you scan them before they're destroyed!"

"She's back! The galaxy's greatest bounty hunter, Samus Aran, returns with a vengeance in Metroid Prime - only for Nintendo GameCube.

Since Samus defeated the Mother Brain in the Super NES smash Super Metroid in 1994, gamers have been clamouring for more. And the wait has most definitely been worth it.

Metroid Prime puts you in the armour of Samus herself, giving the game a unique perspective that rewrites the first-person shooter rulebook. But this is pure Metroid, through and through.

Arm yourself with classic weapons like the Ice Beam and Wave Beam, and switch to Morph Ball mode to squeeze through the smallest of spaces. Plus - discover new Samus suits and visors as you explore the ancient planet of Tallon IV.

The map with a legend of the items and their locations. 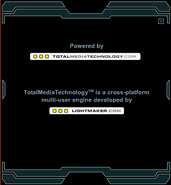