Wikitroid
Register
Don't have an account?
Sign In
Advertisement
in: Pages in the real-life POV, Games, Cameos & Crossovers

Miitomo was a free-to-play social networking mobile application developed by Nintendo, playable on iOS and Android devices. It was released on March 17, 2016, and discontinued in May 2018 despite significant critical and commercial success. Miitomo held at least one Metroid event in its lifetime.

The app allowed players to communicate with each other by answering questions about various topics, and could create or import Miis using My Nintendo or a QR code. Virtual currencies could be spent on clothing items.

To celebrate the release of Metroid Prime: Federation Force on August 19, 2016, Miitomo held a Metroid Promo event where Federation Force-related items were added to Miitomo and made available until September 15th, 2016. One item was offered upon launching the app, one was obtainable through My Nintendo, and the rest could be obtained through Miitomo Drop, a minigame where the player's Mii drops down a shaft and collects items. During the Metroid Promo, two Miitomo Drop games were based on Bounty Hunter Samus and Zero Suit Samus, featuring prize items related to each one. Some items have different names,[1][2][3][4] most likely in different regions.

From August 24 through August 31, 2016, a Metroid-themed photo contest was held for Japanese Miitomo players. Several background images were available on the website, based on Metroid Fusion, Metroid: Zero Mission, and Metroid Prime Hunters.[6][7]

This year marks Metroid's 30th anniversary, and to celebrate we're teaming up with the newly released Metroid Prime: Federation Force! Welcome to the Metroid promo!

Metroid Hat and 8-Bit Samus T-Shirt items for everyone!

Wearing a Metroid in-game might have been a bad idea, but now your Mii can - in perfect safety! And the u-Bit Samus T-Shirt will bring back many fond memories, we hope!

Samus Logo Badge available in the shop! You can now find the supremely cool Samus Logo badge in the Miitomo Shop! (Available until 16-9-2016 2:00 UTC.)

Notably, this appeared to be Nintendo's only official acknowledgement of the 30th anniversary of the Metroid series in 2016.

"Grab a free Metroid hat and 8-bit Samus tee for your Mii and check out the new Metroid promo items in #Miitomo Drop!"[8] 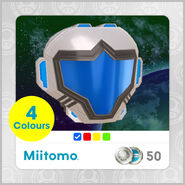 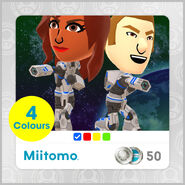 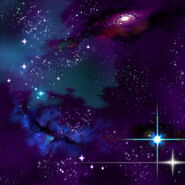 Background based on the title and cutscenes of Metroid Fusion 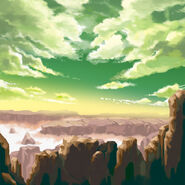 Background based on SR388's Surface in Metroid Fusion 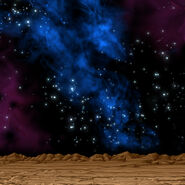 Background based on the title screen of Zero Mission 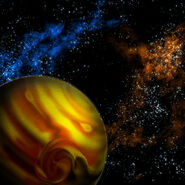 Background based on the Tetra Galaxy from Metroid Prime Hunters

Flooring and wallpaper based on Metroid: Zero Mission.