Wikitroid
Register
Don't have an account?
Sign In
Advertisement
in: Pages in need of images, Expansions, Zebes,
and 18 more
English

They vary in appearance depending on the games they feature in. Usually however, they are grey and rocket shaped, with a purple tip and several 'fins' at the base. In Metroid Prime they are of similar shape but are black and orange. In Metroid Prime 2: Echoes, the Luminoth had created their own design of Missile Expansion, that somewhat resembled a grenade with orange markings. However, It was still compatible with Samus' Missile Launcher. The standard design of expansion found in Prime also appeared in Echoes, though was only available through the Galactic Federation base after fighting the Dark Missile Trooper. Corruption featured a scaled down version of Prime's Tank, but contained within a canister. In Metroid: Other M, they are no longer shaped like Missiles except when in a tank holding the Missile itself, and has a "blue-green" color. In the game, they only add one Missile. In Metroid Samus Returns, they increase capacity by 3, and by 2 in Metroid Dread. Dread also features Missile+ Tanks, which increase the Missile Counter by 10 units.

"Missile Expansion. Increases the number of Missiles you can carry by 5."

"MISSILE EXPANSION FOUND
Your MISSILE capacity is increased by 10 UNITS."

Increases the capacity of the ARM CANNON's arsenal by 10 MISSILES. 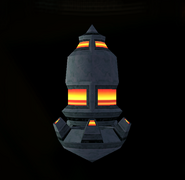 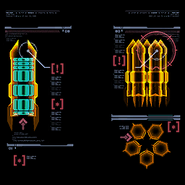 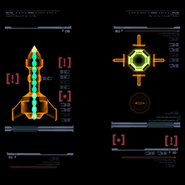 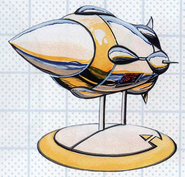