Wikitroid
Register
Don't have an account?
Sign In
Advertisement
in: Pages in the real-life POV, Books, Nintendo Power
English

Nintendo Power was a monthly magazine, published by Nintendo of America until issue #222 when its publisher changed to Future US. Founded by NOA's Gail Tilden, it included letters from fans, game strategy, previews, cheat codes and reviews along with various special features month to month. Over a dozen Metroid posters had been included with them since Issue #2. They have also released several strategy guides for the Metroid series.

Nintendo Power published its final print issue in December 2012. The brand was later revived as a podcast available on YouTube and other streaming platforms. 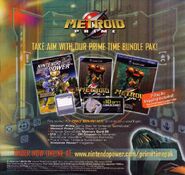 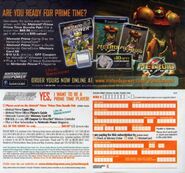 Two Metroid-related comic series were ran in Nintendo Power. The first was the Super Metroid series that ran from issues 57-61. The other was the Metroid Prime series that began in issue 161 and ran for only two or three issues. Both took liberties with the story, although characters from the Super Metroid manga later appeared in the Magazine Z manga.

Blood of the Chozo[]

Blood of the Chozo was an interactive online Metroid story run by Nintendo Power Source (Nintendo of America's AOL page) over the course of three months. In May 1996, it was covered as a Special Feature article in volume 84 of the printed magazine, which included short excerpts of the story and interviews with fan writer Michael Yosafat. 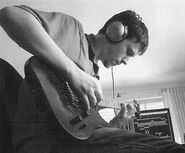 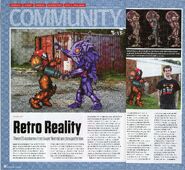