An Oculus is a small creature which can crawl on walls and generate a damaging electric field in order to deter predators. While active, the Oculus exposes its single eye located in the back of its shell. However, when it senses a real threat, it retracts into its impenetrable shell, making it difficult to kill.

Oculi are only found in Metroid Prime. Because of their invulnerability, they are used mainly as moving obstacles for the player. For example, while obtaining the Wavebuster, Samus must destroy target weak points in stone columns with Missiles. Oculi crawl directly on the blocks, obstructing an otherwise clear shot. Destroying the pillars is the only way to destroy them.

The Oculi may possibly be related to Eyons. The Oculus also resembles the Emperor Brug.

Oculi are only found in the Sun Tower and the Tower of Light. 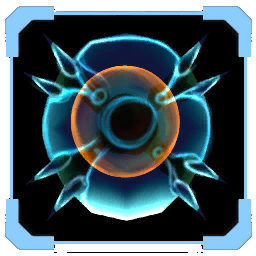 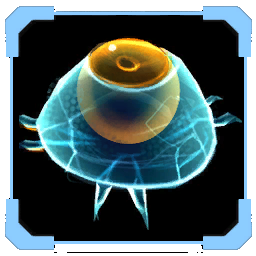 The Oculus exposes its single eye when active. The electrical field that covers it is enough to deter most predators. If the Oculus detects anything capable of presenting a real threat, it retracts into its impermeable shell.

Samus scans an Oculus.
Add a photo to this gallery
Retrieved from "https://metroid.fandom.com/wiki/Oculus?oldid=221517"
Community content is available under CC-BY-SA unless otherwise noted.