Wikitroid
Register
Don't have an account?
Sign In
Advertisement
in: Articles with non-canonical information, Bosses, Space Pirates,
and 8 more
English

Omega Ridley is Meta Ridley infused with Phazon; this infusion has increased his incredible power to far greater heights. He acts as the Guardian of the Leviathan Seed on the Pirate Homeworld and is the third to last boss in Metroid Prime 3: Corruption.

Following his severe loss against Samus Aran during the failed invasion of Norion, Meta Ridley managed to arrive at the Pirate Homeworld (either on his own or with the help of his fellow Space Pirates) where he was exposed to the present Leviathan's Phazon Core. The process energized him to a new combat threat level.

He has a very durable Phazon-enhanced armorskin and protective armored plating. However, he has an injury from his fall on Norion that has yet to fully heal; it is located in his chest, similar to the weak point he possessed as Meta Ridley in the first Metroid Prime game. He will try to protect this injury, requiring Samus to stun him and leave the injury open for strong attacks.[1] After an extensive battle, the bounty hunter defeats Omega Ridley, causing him to release a cloud of Phazon as he mysteriously vanishes from the Leviathan Core.

Compared to his previous form, Omega Ridley has noticeably fewer mechanical components, with the remaining machinery seemingly being pushed outward by his regenerative, organic body; this may be attributed to the healing properties of Phazon. Sometime after his encounter with Samus on the Pirate Homeworld, he regenerates enough tissue to shed additional cybernetic implants and becomes Proteus Ridley.

Initially, Samus must stun Omega Ridley by shooting at his mouth while it is open and glowing (in midair or ground level, the former resulting in him falling to the ground). She can then use the Grapple Lasso to rip off Omega Ridley's armor and overload his heart with Phazon. Alternatively, she can drain Ridley's own energy using the Grapple Voltage, which turns out to be to her advantage, as it allows her to replenish energy used up by attacking with Hypermode attacks. When his weak point is being damaged, Omega Ridley attempts to turn and move away from Samus, but will renew his offensive when his armor inevitably reseals itself.

After this process has been repeated a number of times, Omega Ridley's armor will be completely destroyed. In response, Omega Ridley will back up and generate a new piece of Phazite armor. This time, the X-Ray Visor must be used in conjunction with the Nova Beam to penetrate the Phazite armor, either by striking his wound directly or by weakening the armor's hinges and destroying it (the latter method is preferred, since the wound takes very little damage at this point). Apart from the change in targets, the method of attack is unchanged: stun the boss and attack the weak spots.

After this phase, Omega Ridley will give up on protecting his weakness, taking to the air with his wound exposed. He constantly flies in and out of the Leviathan, reappearing randomly from one of four different entrances, launching an attack before fleeing once more. At this stage, the wound is difficult to target (although watching the radar may help predict where Ridley will approach from), but Samus is free to fire at will with Phazon attacks. It is recommended to enter and exit Hypermode when Ridley appears and leaves the arena in order to conserve energy. After a few hit-and-runs, Omega Ridley may choose to resume his ground assault for a time, which gives Samus a prime opportunity to finish him off.

The Screw Attack is one of Samus's most helpful items in this battle. Screw Attacking toward Ridley will cancel whatever move he is attempting to execute, as he will instead jump out of the way to avoid being rammed by the attack. Since several of his attacks are either difficult to dodge or simply waste time by making him temporarily invincible, the ability to control his movement pattern can be a great boon in this battle.

Samus receives the Hyper Grapple after defeating Omega Ridley, who disappears in a massive flash of Phazon after the battle.

After being infused with Phazon, Omega Ridley's abilities have been greatly augmented. His attacks include:

Initially, Omega Ridley will mainly attack with his fireballs and Kinetic Breath Weapon, using his shockwave and charge attacks periodically. When the second phase begins, he adds the spinning breath/tail attack and the Phazon orb shockwave to his repertoire, in addition to using his charge and shockwave more frequently. After losing his second set of armor, the Space Pirate commander will alternate between flight and ground phases. By then, Omega Ridley will be noticeably more aggressive and will constantly attempt to close in on Samus by running and/or leaping towards her. While he can still be stunned in the final phase of the battle, he will now clumsily walk and make small jumps to reach Samus and proceed to swipe his claws at her, making it fairly difficult to aim for his heart. 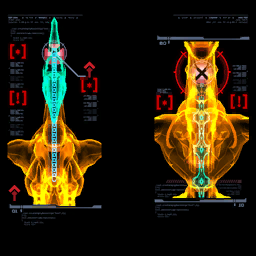 Revived and regenerated through Phazon exposure, Omega Ridley has been energized to a new combat threat level. Target retains extremely durable, Phazon-enhanced armorskin, as well as protective armored plating. Scans indicate that a recent injury has not fully healed: expose and target wound to inflict damage. Target will act to protect this vulnerability: seek ways to stun the enemy and leave it open for deadly attacks.

Omega Ridley appears as a Legend class Primary Spirit. He is an Attack type, which gives him advantage against Grab types and disadvantage against Shield types, and provides two support slots. Additionally, Omega Ridley comes with the Weight ↑ trait, which decreases the user's movement speed while making them more difficult to launch.

In World of Light, Omega Ridley can be found in the Dark Realm, specifically in the giant clockworks area near Dracula's Castle. He can also be randomly encountered on the Spirit Board. As a Spirit, Omega Ridley uses Meta Ridley as a Puppet Fighter. For the entire Spirit Battle, Meta Ridley has the Metal and Spicy Curry effects, making him incredibly durable while constantly breathing fire. He is fought on the Norfair stage, with Vs. Meta Ridley as the background music. Meta Ridley must be defeated in a stamina battle, where he has 180 HP.

In addition, the Aparoid spirit, found on the Light Realm in the space map, utilizes Ridley in his Metal form as its puppet fighter, which aside from referencing Aparoidetation from Star Fox Assault was most likely an indirect reference to Omega Ridley and his being made into a guardian for the Leviathan Core on the Pirate Homeworld.

Omega Ridley appeared more frequently on the Spirit Board during the "Kings & Queens of the Sky" event. As a Legend-class Spirit, Omega Ridley would appear at 08:00 and 20:00 each day of the event, in addition to randomly appearing throughout the weekend. During this event, defeating Omega Ridley in Spirit Battles would reward extra Spirit Points.[2] 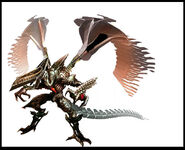 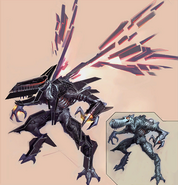