Phazon Fungus is a Phazon-based fungoid native to Phaaze, that is also present in Bryyo Thorn Jungle, in the room North Jungle Court. It is stated that it can spread Phazon where ever it grows, and capable of feeding on all forms of organic matter. Parasitic fungus exists in Leviathans that are saturated with Phazon but not yet harmful. Another fungoid that is not naturally made of Phazon and unrelated to either fungi is the Saturnine, a species of fungi on Tallon IV that have been increased by 400% in size in the Phazon Mines. 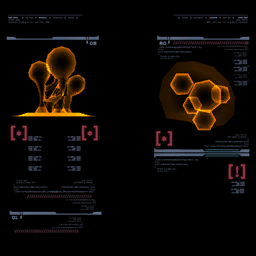 The soft bodies of Phazon Fungus are easily damaged by weapon fire. These organisms are commonly found in areas that are highly concentrated with Phazon. The growths can be highly destructive and will feed on any organic matter. As the fungus grows, it corrupts the surrounding area further and will continue to spread out.