A Phazon Pillbug is a Phazon version of a Pillbug found in Metroid Prime 3: Corruption. The only notable difference is that when it curls up into a ball it has an electrical field surrounding it. They are found in the Bryyo Fire room Gel Processing Site and the Burrow of Bryyo Cliffside. They are very similar to the Spider Guardian, though they are far weaker and are not Darklings. They possess the same means of attack, however, the latter could only be harmed by running into electrical pylons, the Phazon Pillbug on the other hand can be harmed conventionally. 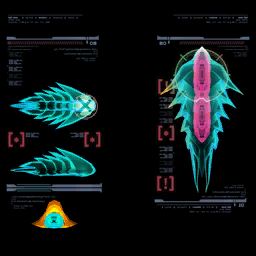 Pillbugs are commonly found in small spaces, often making traveling through tunnels troublesome. Bombs are effective against them, however. They are underground vermin, able to energize their hard-shelled bodies with Phazon. Once charged, they will roll into a defensive shape and charge their enemies.