A Phazon Puffer is a heavily mutated Phazon version of the common Puffer that is only found on Phaaze in Metroid Prime 3: Corruption. They drain Phazon from Samus to charge their own attacks. If the attack hits Samus, the Phazon will be returned with an extra boost from the creature.

This charging attack can be considered beneficial to Samus, as the creature can be killed after the Phazon has been absorbed, but before the Puffer attacks. Samus can therefore use them to drain any Phazon from her tanks. 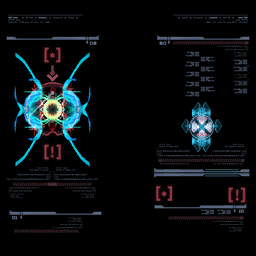 This particular breed of Puffer has been heavily mutated by exposure to Phazon, giving it strange new abilities. As it flies, it searches the area for Phazon energy to consume. The Puffer will absorb this energy out of any nearby bioform and energize itself. The Puffer then use the to fire a powerful attack back at their target. This ability comes with a price--the Phazon energy comprising their body is rather unstable and easily disrupted by any type of weapon fire.