A Phazon Tentacle is an unused creature in Metroid Prime 3: Corruption. Described as hostile in its Logbook entry, it seems similar to the Reaper Vine and Darkling Tentacle. Phazon Tentacles thrive in areas with a concentrated source of Phazon (presumably somewhere on Phaaze) and attacks enemies using a barbed hook at its tip, which corrupts the victim and absorbs it into a nearby Phazon mass. 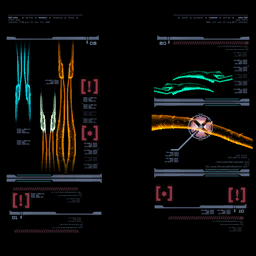 Morphology: Phazon Tentacle
Attacks any nearby organisms. Retracts when attacked.

A Phazon-based life-form that only grows from a concentrated source of Phazon. The tentacle appears to possess a rudimentary sentience and, as a defense measure, will retract momentarily when attacked. Like Phazon itself, it attacks and contaminates anything that it comes into contact with. A barbed hook at the end of the tentacle provides a means to assault any creature that wanders by. Victims are corrupted and absorbed into the nearby Phazon mass.

Model with animations.
Add a photo to this gallery

Retrieved from "https://metroid.fandom.com/wiki/Phazon_Tentacle?oldid=219037"
Community content is available under CC-BY-SA unless otherwise noted.