Pirate Hussars (referred to as a Beast Rider by Paul Tozour) are Space Pirates who are brave enough to be willing to ride the deadly Korakk Beast appearing in Metroid Prime 3: Corruption. They are armed with dangerous Phazon Energy Lances. If a Hussar dies, his mount will try to avenge his death. The Hussar is usually killed before the Korakk. However, if the Korakk Beast is killed first, they will both die. 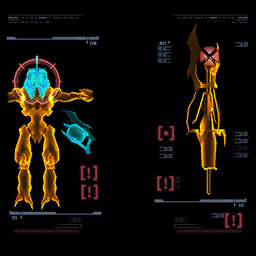 Hussars are unusually brave for Space Pirates, willing to ride the deadly Korakk beast into combat. Their Phazon Energy Lances are deadly at any range. Hussars and their mounts have a strange bond. If a Hussar is slain, his Korakk will fight to avenge his death.

Official art of the Hussar and his mount.