The Plasma Beam (プラズマビーム, Purazuma Bīmu?) is a beam which has appeared in all of the Metroid games except for the original Metroid, Metroid Prime Hunters, and Metroid Prime 2: Echoes (though Samus gains the Magmaul in Hunters and the Light Beam in Echoes, which have similar properties). In the main series, it is a thin ray capable of piercing multiple enemies; in the Prime series, it appears as a short-range beam of intense heat that can be used to melt ice and weld metals. The Plasma Beam also appears in Metroid: Other M and is authorized for use before the Ridley battle, and Anthony Higgs is equipped with a large Plasma Gun. Samus's Gunship is also stated to be equipped with a "retractable rear-mounted plasma cannon".

In the main Metroid Series[]

In Metroid: Zero Mission, the Plasma Beam was gained as an Unknown Item and could not be used until the Fully Powered Suit was obtained in Chozodia. The Plasma has the unique capability to pierce through multiple foes, ultimately obliterating them. When combined with the Wave Beam, it becomes virtually unstoppable and extremely destructive as each shot will pass through both hostile enemies and solid material. It is found in the water-filled hole.

It was available at various points in Metroid II: Return of Samus, and like other beams in that game, could not be stacked. It is the most powerful beam in that game, but only the Ice Beam could harm some enemies. The Plasma Beam was first introduced in this game.

In Super Metroid, the Plasma Beam was incompatible with the Spazer Beam. If both were simultaneously selected in combination with a variety of other factors, the game would glitch, creating results such as the Murder Beam, Spacetime Beam, and the Chainsaw Beam.

In Metroid Fusion, Adam speculates the Plasma Beam was the only thing that could pierce the SA-X's armor and damage it. The Federation originally planned to send the Plasma Beam to Samus via Data Room, but decided to have the SA-X captured and withheld the upgrade to prevent Samus from interfering; however she recovered the Plasma Beam on her own from Nettori. Unlike previous games, the Plasma Beam is acquired before the Wave Beam.

In Super Smash Bros. Brawl, Zero Suit Samus has two attacks called the Plasma Whip and "Plasma Wire" that fire from her Paralyzer. Both also act as a tether, similar to the Grapple Beam she can use with her armored Power Suit.

The Plasma Beam returns yet again in Metroid: Other M, retaining its piercing abilities from the 2-D series, and of course, the last beam to be obtained being the strongest beam of all. It is a green beam with a slight electric effect, like its Super Metroid incarnation. Adam suggests the use of the Beam against the Mystery Creature and get rid of it for good. When it evolved into Ridley and confronted Samus in the Geothermal Power Plant of the Pyrosphere, Adam authorized the Plasma Beam so Samus could ultimately destroy Ridley.

Anthony Higgs has a type of Plasma Gun which has approximately the same damage output as a charged Plasma Beam, though he complained about it of how it takes "forever to charge". He used it twice against Ridley in his premature and adult forms. It also has an infra-red laser attached, shown when he aimed it at Samus, when he accidentally targeted her. This variation of the Plasma Beam fires slightly different-colored shots.

In Metroid: Samus Returns, a remake of Metroid II, the Plasma Beam was found from a Chozo Statue in Area 5 and could stack with other beams except for the Ice Beam and Grapple Beam. This stacking included the Spazer Beam, which couldn't have been done in Super Metroid. It is also required to destroy the Gryncore parasites, which block doors with a hard shell that is impervious to other weaponry. Samus also used multiple bursts of the Plasma Beam to force Proteus Ridley to release his grip on the baby.

In Metroid Dread, the Plasma Beam is found in Elun and can destroy Plasma Beam Covers. Like in Fusion, it is acquired before the Wave Beam. It allows Samus to damage robotic enemies without having to use the Charge Beam or Missiles.

Although commonly regarded as Samus's most powerful beam, its penetrating capabilities fall short against heavily armored enemies such as those found on most bosses, Metroids and their evolutions, Goliath, and the indestructible E.M.M.I.

In the Metroid Prime series[]

The Plasma Beam was the second-to-last beam acquired in Metroid Prime, and as such, apart from the Phazon Beam it is perhaps the most powerful beam weapon in the game. When charged, it could instantly incinerate some normally-resilient enemies such as Baby Sheegoths and Plated Beetles, and it could set fire to others, causing damage for a few moments after the shot hit them. It was also capable of melting Frigidite casings. The Plasma Beam's color scheme in Prime was red, and it represented the "element" of fire. It can open Red Doors as well. The Flamethrower, the Charge Combo for the Plasma Beam, was a continuous Charge Combo that shot out a stream of flame with an exceedingly short range. It was primarily useful for killing Plasma Troopers and cold-based enemies such as Sheegoths. The Magmaul in Metroid Prime Hunters takes over some of the Plasma Beam's functions. In Metroid Prime 2: Echoes, the Light Beam was very similar to the Plasma Beam with its heat-based and burning effect as well as with its animation. However, it was the Annihilator Beam that used the Plasma Beam's Arm Cannon shape from Metroid Prime.

In Metroid Prime 3: Corruption, the Plasma Beam is acquired after defeating the bounty hunter Ghor, making it the only known example of Plasma Beam technology that was not Chozo in origin. The beam wasn't as short-ranged as the version on Tallon IV and the rate of fire remained the same as the Power Beam, since all beam weapons were stacked upgrades in Corruption. To compensate for this heightened firing rate, however, the Plasma Beam suffered a downgrade in firepower when compared to the version in Metroid Prime. Its Arm Cannon configuration was also different: instead of extending the cannon forward and turning the core red, the Plasma Beam acquired from Ghor made the cannon adopt a vertically extended configuration similar to the Ice Beam and Dark Beam. It retains its ability to ignite enemies and melt objects seen in previous games, and can open Orange Doors. In addition, the newer Plasma Beam in Corruption is capable of repairing damaged Circuit boards with a welding attachment; this ability is kept even when stacked to the Nova Beam, though the mentioned attachment gains a green glow.

"This extremely powerful weapon fires a beam that can even penetrate the solid walls. It is the strongest and most destructive of all of the beam type items."

"The most powerful of all the beams can destroy several targets at once."

"The most powerful gun add-on - clears whole hordes of enemies with one shot. Location: Maridia."

Super Metroid Players' Guide (The Plasma Beam, page 62)
"At last you can get your hands on the most powerful beam weapon in the game! This little beauty will devastate most nasties and give you a considerable advantage in the final confrontation with that enigma of evil, the monstrous Mother Brain."

"The Plasma Beam's short range is compensated by immense power. Its molten energy can turn certain enemies to ash. Like other Beam weapons, the Plasma Beam can be charged to increase effectiveness."

"The most powerful beam weapon in Samus's arsenal, the short-range Plasma Beam launches streams of molten energy that can ignite some enemies and melt ice. Like all beam weapons, the Plasma Beam can combine with Missiles for a high-powered combo attack once Samus finds its combo power-up."

then point up to select the Plasma Beam as your active weapon. 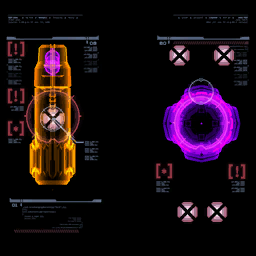 The Plasma Beam is able to fire superheated Beams of energy.
Press

to shoot the Plasma Beam. Press and hold

to charge the Arm Cannon, then release to fire a charged shot.

The Plasma Beam can be used to ignite some enemies and burn them to ash.
Certain materials are also susceptible to extreme temperatures and can be melted.
In addition to its destructive capabilities, the Plasma Beam may also be used to repair damaged devices.

"The Plasma Beam's three lasers can easily cut through enemies, continuing on to take out even more foes."

"This powerful beam can blast through multiple enemies."

"Untold levels of destruction come from a single shot of Plasma, which can even pass through enemies themselves. Precious few foes are immune to the power of this beam."

"Adds the ability to pass through enemies to Samus's beam. This most powerful beam can also be shot as a Charge Beam."

PLASMA BEAM This most powerful beam does more damage and can pass through enemies.

"The Plasma Beam accumulates and then releases powerful plasma energy. It can pass through multiple enemies."

"The Plasma Beam is the deadliest beam in the game, and the Spazer and Wave Beams make it even better. It doesn't boast any new features, but it does hit like a truck. It makes the task of defeating most enemies much easier. The only catch is that even this powerhouse of a weapon can't deal damage to a Metroid. That's rough stuff, but there are plenty of alternatives for you to choose from when it comes to the business of Metroid-slaying."

Walkthrough (p. 144) "The Plasma Beam doesn't radically change your beam weapons aside from increasing the power. What it does that's of note is allow you to destroy the Green Door parasites known as Gryncores, which is quite handy for reaching new item tanks."

"Fires a powerful stream of plasma that can pierce through multiple enemies and damage robotic enemies without the need to charge.